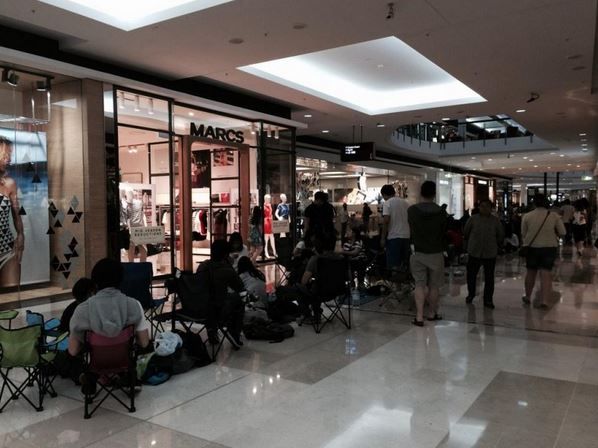 As the iPhone 6 and iPhone 6 Plus arrive in stores in the first launch countries around the world tomorrow, Australia is gearing up to be the first country where the phones will officially go on sale, and MacRumors reports that the excitement is growing throughout Australia, with fans lining up around the block.

Stores should be just about to open in Australia, and MacRumors has some great pictures of the lines of customers outside an Apple Store in Doncaster, Australia, who have been camping out from 6am the previous day. Apparently the line is so long it actually runs the entire length of the shopping center.

MacRumors reports that other photos from Twitter user @rodgerodger in Brisbane, Australia, show the lines outside the store there.

And for those who have decided to have their iPhone 6 or iPhone 6 Plus delivered to their home and bypass all the lines, MacRumors says that some devices are already on their way ready for delivery.

Sure was busy I by passed the apple store went to my Telstra dealer picked up a 64gb iPhone 6 plus grey. Amazing phone
You must log in or register to reply here.