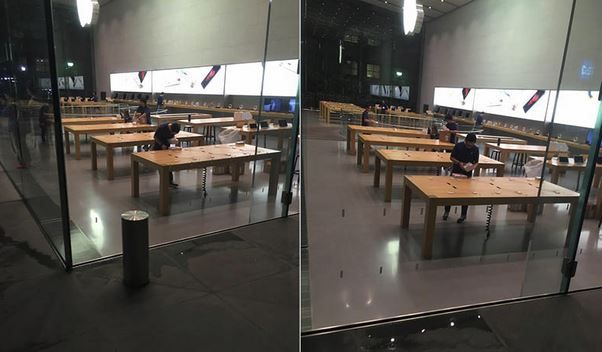 MacRumors reports that just hours away from the iPhone 6s launch, the Apple store in Tokyo has begun setting up its display models for customers to look at.

MacRumors reader Shawn DaSilva has visited the store and took the opportunity to take photographs that show Apple employees installing the phones at the Omotesando store in Tokyo. You can also see a digital banner advertising the new phones that spans the length of the store.

On the eve of the launch of the new phones, Apple has ceased accepting pre-orders or in-store reservations, so lining up at an Apple store is now your only option to get one of the new phones on launch day if you haven’t already pre-ordered.

And as MacRumors notes in a separate story, lines are already forming outside Apple stores in cities around the world such as Birmingham in the U.K. as people wait to get their hands on the new iPhone 6s and iPhone 6s Plus.

I love seeing the queues on release day on TV, Especially while waiting for mine to be delivered
You must log in or register to reply here.