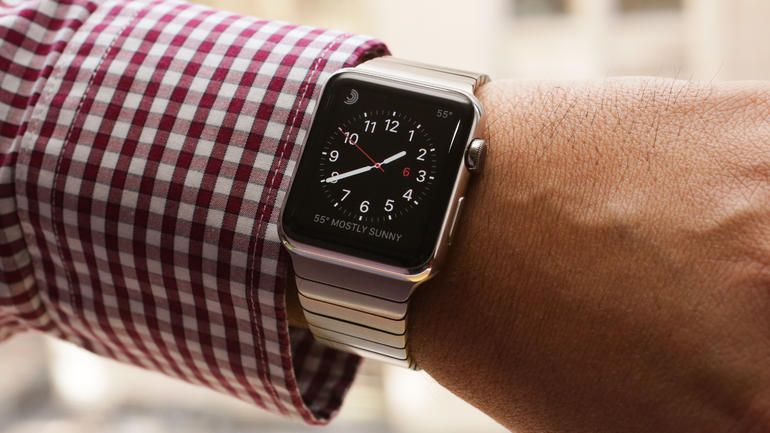 Apple has announced the financial results for its fiscal 2015 third quarter, but as it was pretty much expected, the company didn't reveal details regarding the sale of their first smartwatch. Tim Cook previously said that there were competitive reasons for keeping the precise sales numbers quiet.

Speaking to the New York Times publication, Apple CFO Luca Maestri did give us some hints to the performance of the device, saying that "Apple Watch sales in its first nine weeks exceeded those of the iPhone and iPad in their first nine weeks of availability." We know that the iPad sold 3 million units in the first 11 weeks, so it seems that the Apple Watch fared better than that.

Here's what Tim Cook said regarding the Apple Watch sales during the earnings call:

As you know, we made a decision back in September, several months ago, no to disclose the shipments of the watch. And that was not a matter of not being transparent, it was a matter of not giving the competition insight, on a product that we worked really hard on.

However, let me give you some color, to avoid reaching sort of a wrong conclusion. If you look at the "other products" category and look at the revenue in this category, it would not be an accurate thing to just look at the sequential change or the year-over-year change and assume that were the total watch revenue. Because the aggregate balance of that category both sequentially and year-over-year is shrinking. Obviously iPod is a part of that, but there are other things in there — accessories and so forth — that are shrinking.

Secondly, to provide a bit more color. The sales of the Watch did exceed our expectations. And they did so despite supply still trailing demand at the end of the quarter. To give you additional insight, through the end of the quarter, in fact that the Apple Watch sell through was higher than the comparable launch periods of the original iPhone or the original iPad. We were able to do with with having only 680 points of sale. As you probably know, as I had reviewed earlier, the online sales were so great at the beginning, we were not able to feed inventory to our stores until mid-June. And so those points of sale, pretty much, the overwhelming majority of the low number of sales were not there until the last two weeks of the quarter.

And so as I look at all of these things, we feel really great about how we did. Now our objective for the quarter wasn't primarily sales. Beyond the very good news on sales, we're more excited about how the product is positioned for the long term because we're starting a new category. And as I back up and look at this with 8,500 apps, we've already announced the next operating system watchOS 2 — it will bring native apps, which are going to be killer, to the watch. Even though the store layout was delayed, we learned a lot about the experience. Based on that experience, we're now planning to expand our channel before the holiday. Because we're convinced that the watch is going to be one of the top gifts of the holiday seasons.
Most important of all of this is the customer sat is off the charts. We've constantly seen if you can get the customer sat off the charts, you wind up doing fairly well over time. We've also learned a lot about managing quite an assortment and so forth.

And so I back up and look at this and I feel fantastic about what the team has done and delivered and I know I never go anywhere without the watch and it's not because I'm the CEO. I'm that attached to it. I get lots of notes from a lot of people that feel the same way. That's how I look at the watch.
Click to expand...

Cook also pointed out that June was the best month for Apple Watch sales so far, surpassing both April and May.

Source: NY Times
You must log in or register to reply here.