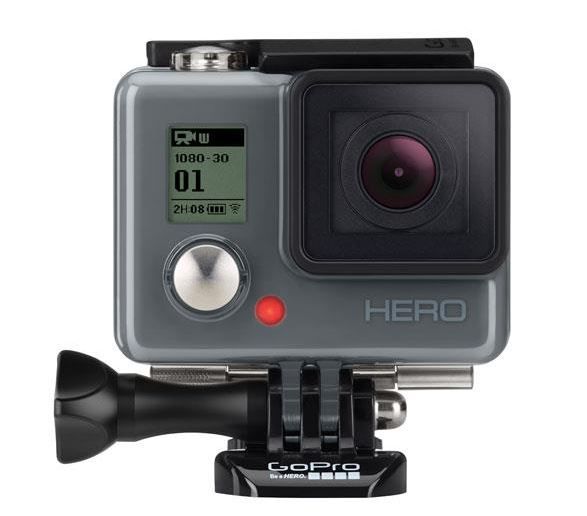 Following some upward movement for GoPro on the stock market at the end of the week, rumours have been rife that Apple is thinking of buying the action camera manufacturer. BGR writes that while this might be considered to be a “ridiculous” rumour, two Wall Street analysts have both released research notes stating why they think that it would make sense for Apple to buy GoPro.

“We believe an acquisition of GoPro would make sense for Apple,” said FBR & Co. analyst Dan Ives. “Action cameras are uniquely positioned at the intersection of Apple’s smartphone, wearables, and multimedia offerings.”

“More recently, rumors have surfaced that Apple is considering creating its own original TV shows and movies,” opined Northland Capital’s Gus Richard. “Clearly, original content has significant value. GoPro is working with the NHL, sponsoring athletes, and is aggregating compelling content. While how GoPro monetizes its content is up in the air, it is adding unrecognized value to the franchise. Moreover, we think GoPro would be an interesting acquisition for Apple from both a hardware, software, and content prospective.”
Click to expand...

However, not so fast everyone, as Forbes has also weighed in on the rumours stirred up by the comments of Dan Ives in particular, noting that a third analyst, Citi’s Jeremy David, has subsequently said that an acquisition of GoPro by Apple is “unlikely.” David says this is because GoPro owns just 56 patents, which is not enough to justify the company being bought for technology reasons, and therefore making it of less interest to a company such as Apple that already holds plenty of patents to enable it to design its own version of GoPro’s action camera range.

“While we expect rumors of a sale of the company to make headlines from time to time, we believe they lead to nothing more than increased stock price volatility,” said David.
Click to expand...

Sources: Why rumors that Apple might acquire GoPro aren't as crazy as you think

GoPro May Be In Trouble, And Apple Isn't Coming To The Rescue
You must log in or register to reply here.

Add MicroSD Card Support to Your iPhone With Leef iAccess

Apple confirms PrimeSense acquisition, in a deal rumored to be worth $360M