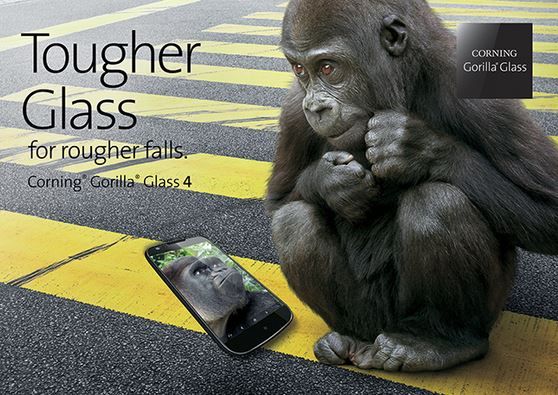 MacRumors reports that Gorilla Glass maker Corning has revealed that it has been working on a new material that it says has both the strength of Gorilla Glass (currently used for iPhone and iPad displays) and the ultra-scratch-resistance of sapphire.

According to the original report by CNET, the new material is called “Project Pire,” and was unveiled by Corning Glass president James Clappin during an investor meeting.

“We told you last year that sapphire was great for scratch performance but didn’t fare well when dropped,” Clappin told those in attendance at the event. “So, we created a product that offers the same superior damage resistance and drop performance of Gorilla Glass 4 with scratch resistance that approaches sapphire.”
Click to expand...

Although Apple currently uses Corning’s Gorilla Glass for all its iOS range, it had been planning to replace Gorilla Glass with sapphire, to be made by GT Advanced at its plant in Arizona, but these plans were abandoned due to production issues.

Doubtless news of a material that is as durable as Gorilla Glass but as scratch-resistant as sapphire will be music to Apple’s ears!

I wouldn't be surprised if this new glass were to be used on the Apple Watch Sport.
You must log in or register to reply here.

Gorilla Glass 3 coud be used in next iPhone, iPad