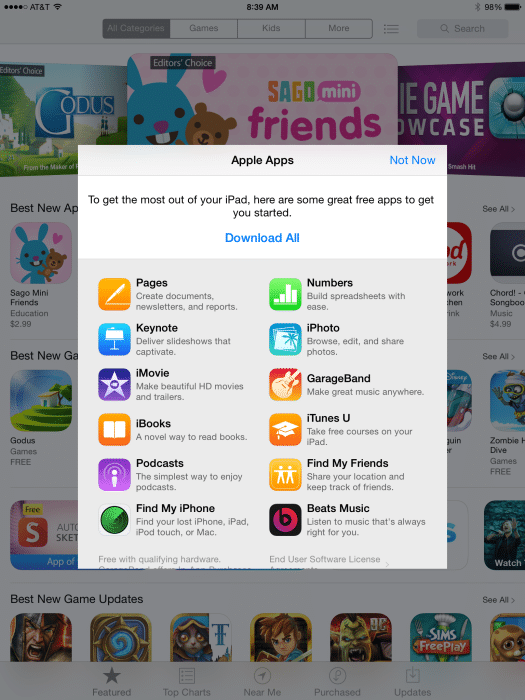 Last year in September, Apple had a bit of a change of heart of sorts, giving away all of its own apps on the App Store for free. Apps like Pages, Numbers, Keynote, iMovie and iPhoto — along with Apple’s free apps like Remote, iBooks, GarageBand, Podcasts, Find My iPhone, Find My Friends and iTunes U, were all made free via App Store.

Previously, some of these apps would run anywhere from $4.99-9.99, so this was a significant move by Apple, after allowing OS X users to download Mavericks for free as well.

After releasing iOS 7 last Fall, Apple wanted to make sure its users knew those apps were out there by showing a Download All page when the App Store is first opens on an iOS device. Not much change had occurred to this page, until recently, nearly two months after the company acquired Beats.

When opening up the App Store for the first time, users will now see that Beats Music is added into the Download All page. This change had been made recently, a little after the company gave Dr. Dre Beats its own page on Apple.com. 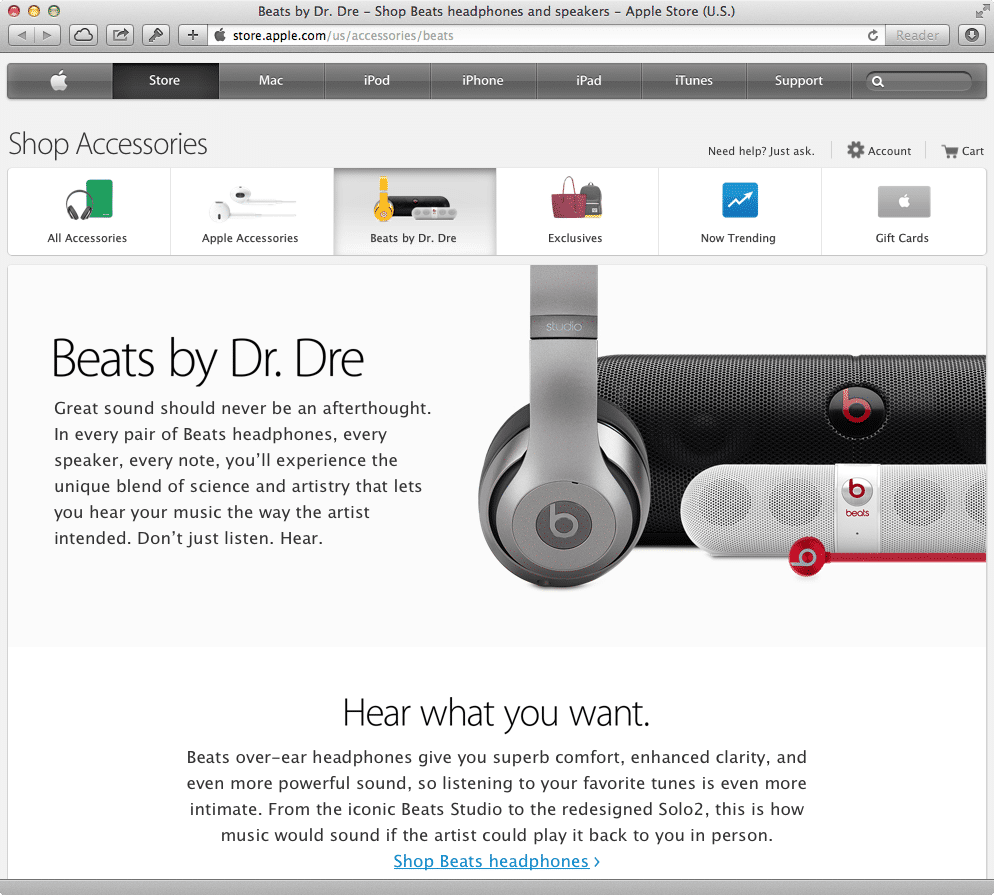 Beats Music is of course free and comes as a 17.8MB download, requiring an iPhone, iPod Touch, or iPad running 6.0 or later.
You must log in or register to reply here.

Apple is Planning to Shut Down Beats Music