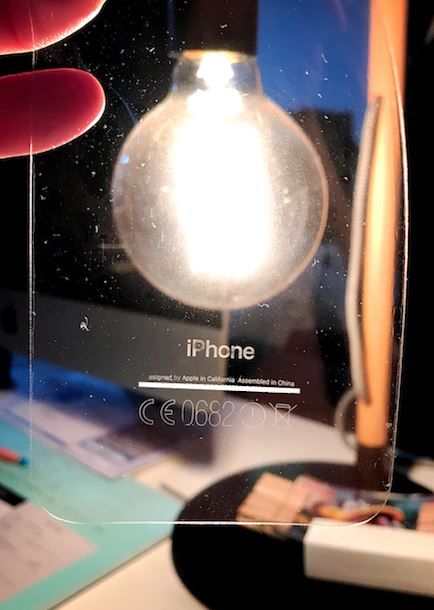 MacRumors has some words of warning for anyone using full-device skins with their Jet Black iPhone 7, as according to some reports from MacRumors forum members, the skins are transferring some of the text and graphics from the back of those particular phones.

MacRumors forum member “ksyu” posted that when he peeled a full-device skin from his iPhone 7 Plus, he saw that the lettering and regulatory labels had all been removed by the plastic. Another forum member, Keith, said that the same thing happened when he removed Slickwraps from his iPhone 7 Plus, describing it as “just like pulling silly putty off of a newspaper comic strip.”

Apparently the text and decals are not completely removed when peeling off the full-device skin, but it does become more faded than usual, which is not at all what you want to happen when using something that you purchased in order to protect your iPhone.

It appears that this is the only iPhone model where such problems have been reported (albeit currently only in very small numbers).

good info thnks for sharing a wonderful piece of information thanks you
You must log in or register to reply here.