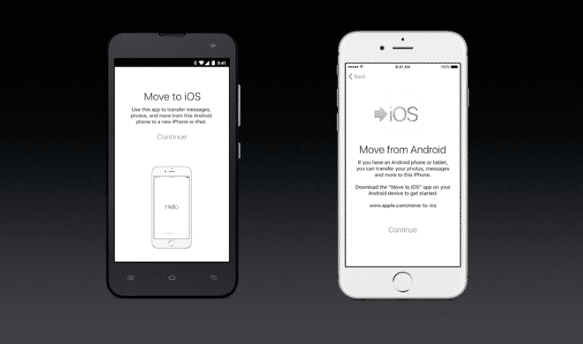 The public release of iOS 9 is just a day away. While most of us are waiting to upgrade our devices, some of us are out there waiting to make the move from Android to iOS.

At Apple's Hey Siri event, the fruit company announced that its 'Move to iOS' application would be available to the public soon. The 'Move to iOS' Android app, and its respective 'Move from Android' iOS app, will apparently be releasing alongside iOS 9 tomorrow, according to LetemSvetemApple.

The apps will allow users to transfer contacts, message history, camera photos and videos, web bookmarks, mail accounts and calendars. Both apps work together to make to move from Google's operating system to Apple's own a breeze.
You must log in or register to reply here.