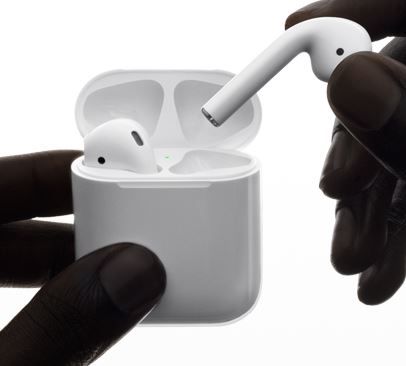 According to an exclusive report from Bloomberg today, Apple is currently working on upgraded AirPods with new hardware features. Bloomberg’s source says that Apple wants to create a regular upgrade cycle for AirPods, just as it does with its other products such as iPhone and iPad.

Apparently, the first upgrade in this new cycle will take place later this year, and will include an upgraded, Apple-designed wireless chip to manage Bluetooth connections, as well as the ability to summon Siri simply by saying “Hey Siri,” without having to tap the headphones. It will work in a similar way to how you currently summon Siri on iPhone or a hands-free HomePod speaker. The 2018 AirPods already have the codename B288 within Apple, according to the source.

Following that, next year’s AirPods upgrade should include some degree of water resistance. Basically, it will be effective enough to withstand splashes of rain water and such like, but you still won’t be able to submerge your AirPods in water and have them survive.

At the end of its exclusive report, Bloomberg notes that Apple’s Other Products category, which includes AirPods, Apple TV, Apple Watch, Beats headphones, and other accessories, is now the company’s fastest growing division, due to the success of products such as AirPods and Beats. Bloomberg says that Apple’s Other Products division generated more than $5 billion in revenue for the first time in Apple’s fiscal first quarter, which was 36% year-over-year growth.

“Wearables were the second-largest contributor to revenue growth after iPhone, which is impressive,” said Apple chief financial officer Luca Maestri when talking to analysts during a conference call earlier in the month.

Source: Apple Plans Upgrades to Popular AirPods Headphones
You must log in or register to reply here.