Apple Watch Not Just Confined to U.S. at Launch 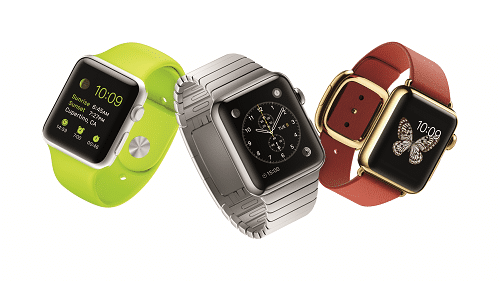 9to5 Mac reports that according to Apple CEO Tim Cook, the Apple Watch will be available in a select few countries outside of the U.S. at launch. Cook was speaking to employees at an Apple retail store in Berlin last week, and told them that there will be other territories aside from the U.S. that will get the Apple Watch in April.

In particular, Cook said that the Apple Watch would be launching in Germany in April.

This doesn’t necessarily guarantee that the watch will launch internationally at the same time it does in the U.S., as it’s possible that it will arrive in the U.S. in early April and in other territories at the end of the month.

As 9to5 Mac notes, if the watch is to launch in the same month in both the U.S. and overseas, that would mark a change in Apple’s previous new product release schedule, with both the iPad and iPhone being launched first in the U.S., and other territories more than a month later, with the iPhone, in particular, not launching abroad for several months after the initial U.S. launch.

Source: Tim Cook says Apple Watch will be available outside U.S. in April 9to5Mac
You must log in or register to reply here.