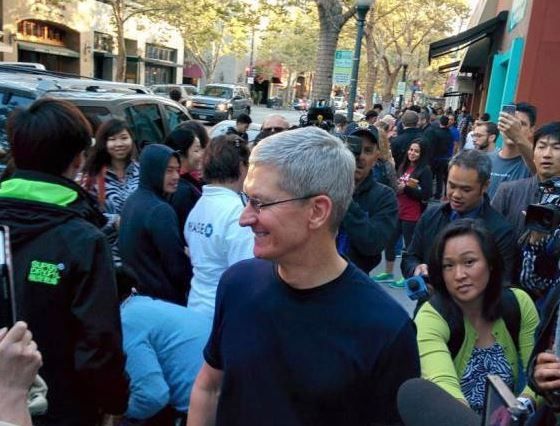 AppleInsider reports that Apple CEO Tim Cook is believed to be in Paris, France, prior to the commencement of Apple Watch pre-orders starting on April 10, according to French website Mac4Ever.

And while they don’t have much more information other than the news that Cook is thought to be in Paris, AppleInsider says that Cook has most likely chosen to be in Paris for the launch of the watch because Paris is seen as the centre of fashion, and also because the luxury department store Galeries Lafayette is one of the fashion stores that will be giving customers the chance to try on an Apple Watch from tomorrow onwards, along with other stores such as Isetan in Tokyo, Selfridges in London, and Apple resellers in Japan and China.

It’s not yet known whether Cook will be making an appearance at Galeries Lafayette, or at an Apple Store in Paris.

Source: Tim Cook in Paris to help with Apple Watch launch rumor claims
You must log in or register to reply here.