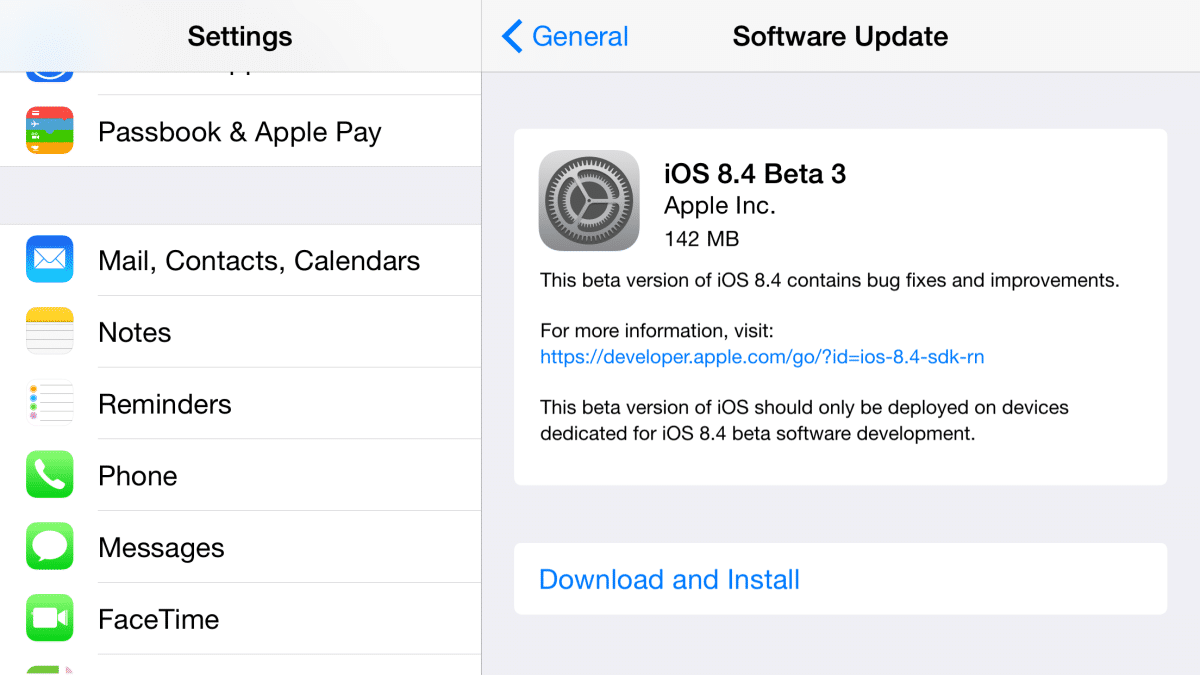 Everybody is looking forward to the upcoming WWDC conference in June, when Apple usually announces major software updates. But before that happens, there are still many minor iOS updates that we need to discuss about.

The most recent of them, the third beta of iOS 8.4, has been seeded to registered developers for testing purposes, just two weeks after Apple has seeded the second iOS 8.4 beta and three weeks after it has released the first iOS 8.4 beta.

In testing since mid-April, the most recent update is available as an over-the-air download and through the iOS Developer Center. The software update brings an all-new Music app that includes a revamped look featuring an improved Artists view and a new MiniPlayer with a redesigned look for "Now Playing."

Furthermore, there are personalized playlists, global search capabilities that make it easier to search within the Music app, and a streamlined design for iTunes Radio to bolster music discovery.

Would you recommend me downloading it???

Illinoisinc said:
Would you recommend me downloading it???
Click to expand...

Not unless you are registered as an iOS developer with Apple. iOS beta releases are for developers and official public beta testers only.
I

^ oh damm lol. Yeah I am definitely not one of those lol
You must log in or register to reply here.