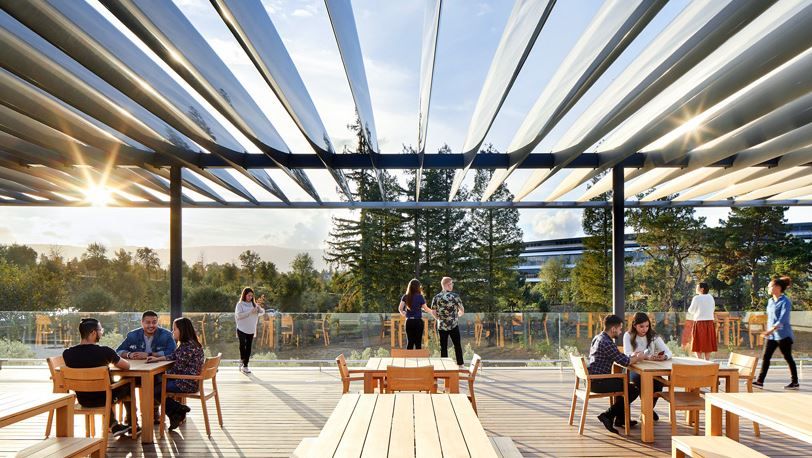 MacRumors reports that as of Friday, Apple Park’s Visitor Center is now open for the public to visit.

The impressive building has a cantilevered carbon fiber roof that was designed to give the appearance of floating in air. Directly inside the entrance of the building is a 3D model of the entire Apple Park campus, as well as an augmented reality exhibition using iPads that gives lots of information that “showcases the innovative design principles of Apple Park,” according to Apple.

As you might expect, the Visitor Center also contains a massive Apple Store, with lots of the usual stuff that you’d expect to find there, but also some exclusive, Apple-Park-themed souvenirs such as T-shirts, hats, postcards, baby onesies, playing cards, and tote bags.

There’s also a café, situated in a beautiful position that is surrounded by the campus olive grove, where you can buy snacks and beverages.

The roof terrace boasts splendid views of the main Apple Park building and the gardens around the area, including more than 9,000 trees. But that’s as far as you’ll get in terms of viewing the rest of the campus, as areas other than the Visitor Center are not open to the public.

I wish there's one near my home.
You must log in or register to reply here.