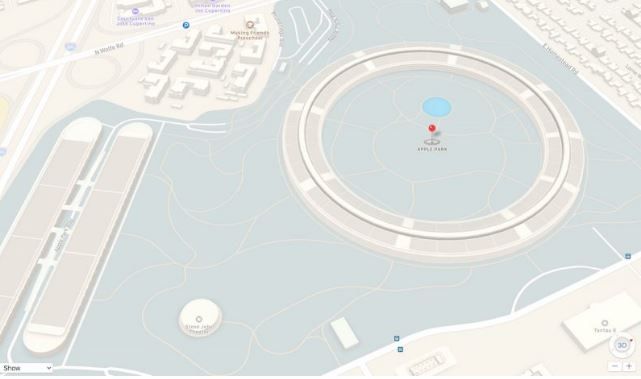 Since the Maps update you can now see 3D building models in the Map view, as well as roads leading to and from the campus. If you search the location you’ll also see traffic directions, pedestrian pathways, and other local details.

Also added are new points of interest for the campus, including the R&D department, staff fitness centre, parking, and the Steve Jobs Theater.

The huge building project that was first envisioned by the late Apple co-founder and CEO Steve Jobs is nearing completion, and Apple adding so many new features about the campus to Maps shows just how close the company’s new headquarters actually is to being finished. Thousands of employees have already begun to move into their brand new offices while the finishing touches are still taking place, including landscaping and work on the exterior of the main office building.