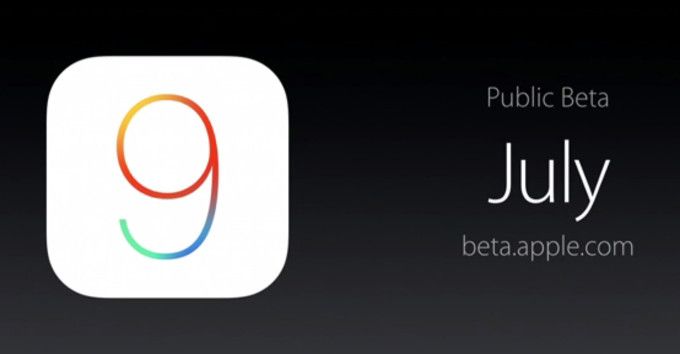 Apple has announced today during its WWDC keynote the release of iOS 9, which comes with a couple of much-awaited new features. And if you are excited regarding the upcoming update, you are probably wondering when you would be able to download it on your iPhone or iPAd.

Well, according to Apple, a public beta of iOS 9 would be made available in July. The beta will come with an enhanced Siri, a more proactive experience, time and recent apps, updated Apple Pay with support for loyalty cards and transit directions in Maps.

The beta version of iOS 9will be available on the iPad 2 from 2011 and later and iPhone 4S and later. The exact launch date of the software hasn't been specified, but we expect it to take place towards the end of the month.