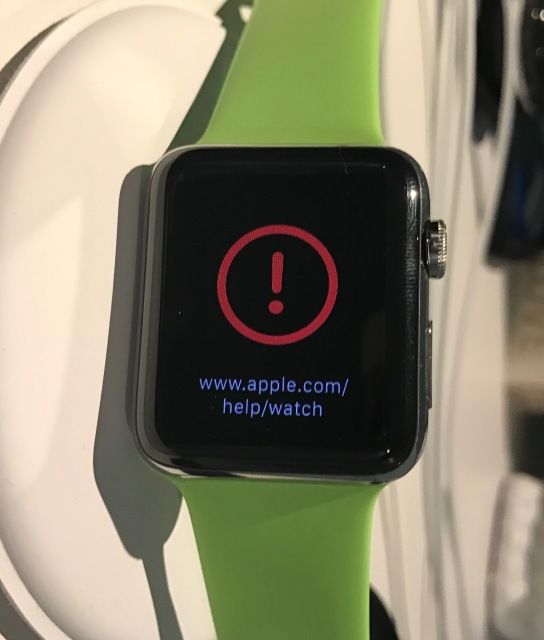 On Monday, Apple released its latest firmware for the Apple Watch, watchOS 3.1.1. The new firmware came packed with Unicode 9.0 support, some customization features, and more.

It looks like some Apple Watch owners were experiencing bricked devices after the update. Users have posted images of Apple Watch Series 2 models showing a red-circled exclamation mark, with the URL www.apple.com/help/watch shown underneath.

While the majority didn't report any problems updating to watchOS 3.1.1, Apple still decided to pull the update. For now, if your Watch app shows the 3.1.1 update, it's probably best to stay away until Apple throw out a fix.