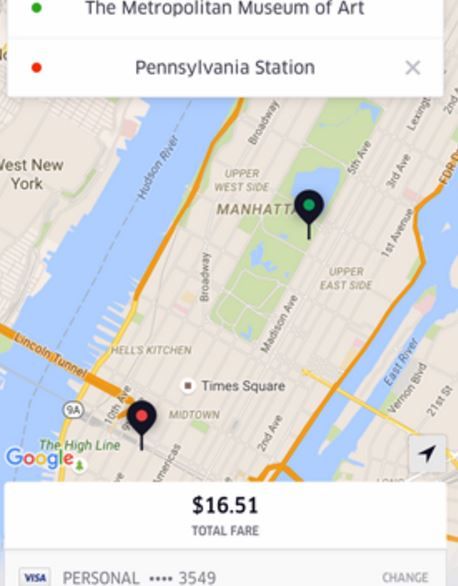 Uber is currently testing a new build of its app that will offer fixed fares upfront, but at the same time will also make surge pricing “nearly invisible to customers,” writes The Verge via 9to5 Mac. The version of the app currently in the testing stage sees the removal of the lightning bolt on the home screen and the pop-up notification box telling you that your fare will be increased due to surge pricing. In their place is simply a fixed upfront fare when you input your chosen destination. A faint warning that there is “increased demand” for Uber at that time is all that will remain of any sort of surge pricing notification.

This new version of the app is currently being tested by Uber in six cities in the US, namely New York City, Miami, San Diego, Philadelphia, Seattle, and parts of New Jersey, as well as some areas of India.

Uber thinks that its customers will like the new approach, and even has a catchy new slogan to support it: “No math, no surprises.”

Uber is looking to roll out this new version of the app around the world in the next few months.