Top 10 best games for your iPhone 5

Want some great games for your new iPhone 5? Expect to see more than Angry Birds, Cut the Rope and Fruit Ninja populating best-selling lists in the App Store? Here is our list of the ten best games for your iPhone 5.

NO. 1 Infinity Blade II
The God King has been defeated, an unlikely hero has emerged and now you must discover the truth behind the secrets of the Infinity Blade. The continuing journey of young Siris unfolds as you delve deeper into the world of the Deathless tyrants and their legion of Titans. Can you unlock all the mysteries and successfully wield the power of the Infinity Blade in this timeless swordplay adventure of champions and villains? 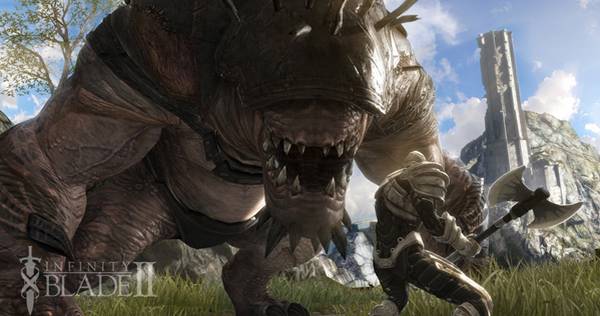 NO. 2 Real Racing 2: The Forza of iPhone 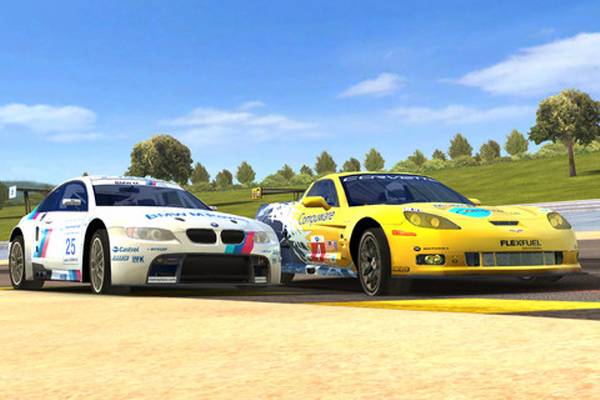 Switching gears, Real Racing 2 from developer Firemint gives you just as much detail sans the fantasy environment. Plain and simple, motion-controlled racing games tend not to work well. Cro-Mag Rally from the first-generation of apps proved that to millions of hungry mobile gamers - racing via an iPhone could be fun for in short bursts, but precision driving took a back seat. When too many wrong-way mistakes added up, youd get frustrated, press the home button and move on to another app. Luckily, Firemint developed a better-handling, true-to-life racing sim and includes a half-dozen control options to let you tweak the handling to your hearts content. The company even added a steering sensitivity slider. As a result, its playable for the long haul.(Also learn to watch Blu-ray movies on iPhone 5)

NO.3 Dead Space: A Survival Horror Game That Isnt a Horror 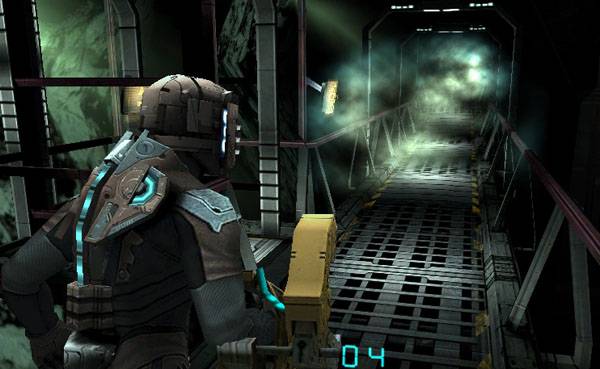 Console-to-iPhone conversions tend to end in horror. Thats why I figured survival horror game Dead Space would ironically be a double dose of horror on the iPhone. However, it turned out to be one of the best iOS games in EAs 100-plus iTunes game collection. Thats because this third-person shooters graphics successfully capture the eerie nature of the 2008 console game, complete with dark corridors and a clean HUD. Makeshift weapons and creatively designed enemies do their part in playing into this nightmare scenario, the former being used to make the latter very, very bloody. In fact, this may be the goriest game for iPhone to date. Mature-rating achievement unlocked.

NO.4 Archetype: The Halo Multiplayer of iPhone 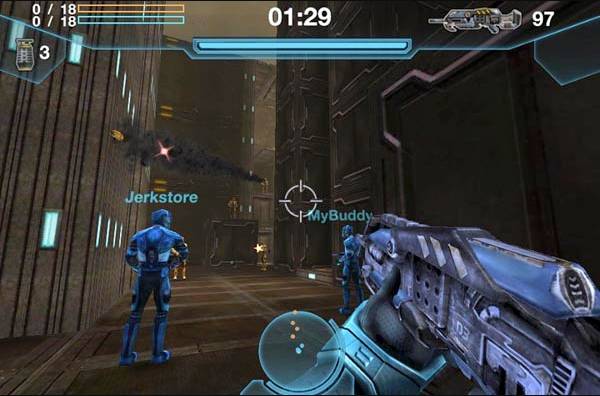 The great thing about Archetype is how easy it is to get into a match. You load up the app, you click Play and immediately youre thrown into a server lobby with other players.(Play DVD movies with iPhone 5)

NO.5 Scribblenauts Remix - Solves the Derth of Family-Friendly iOS Games 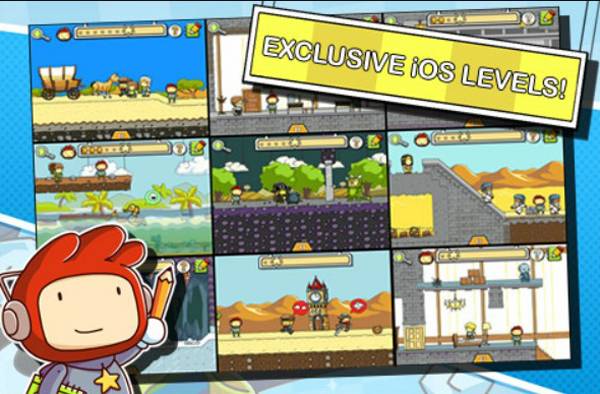 Getting away from the bleakness of shooter games for a little bit, Scribblenauts' Maxwell solves your boredom with family-friendly iOS games with a five-letter word: Remix. This puzzle-solving game challenges you to input words to solve its 50 levels just like the acclaimed Nintendo DS titles. In fact, its so much like Scribblenauts and Super Scribblenauts that 40 of the levels are the same, hence the name Remix. Luckily, this version contains 10 iOS exclusive stages. Thats a little steep for the asking price of $5, but if you havent played a Scribblenauts game before, theres only one three-letter word to solve that problem: B-U-Y. 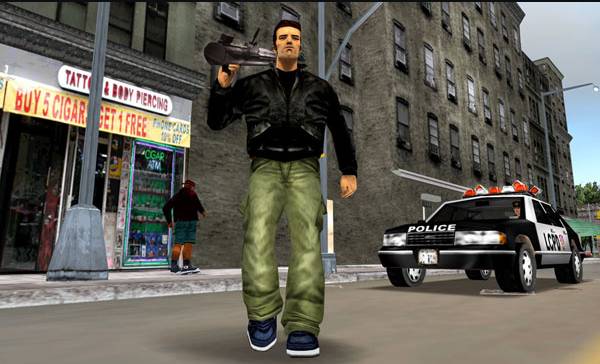 Rockstar Games celebrates the 10th anniversary of one of the most influential games of all time. The critically acclaimed blockbuster Grand Theft Auto III comes to mobile devices, bringing to life the dark and seedy underworld of Liberty City. With a massive and diverse open world, a wild cast of characters from every walk of life and the freedom to explore at will, Grand Theft Auto III puts the dark, intriguing and ruthless world of crime at your fingertips.

NO. 7 Captain America - You And the Cap'n Can Make It Happen 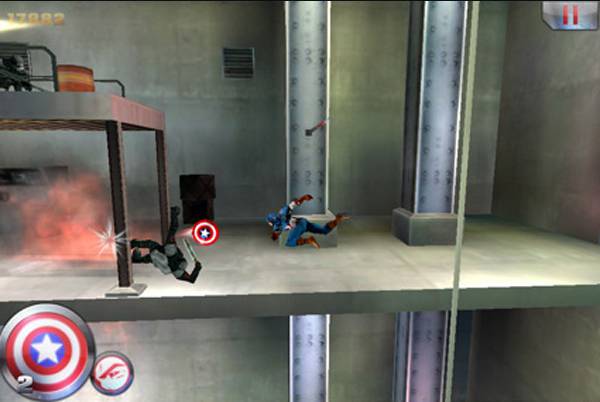 As WWII rages, Red Skull is leading HYDRA as they build super weapons that will turn the tide of the war. To make matters worse, Falsworth, Dum Dum Dugan and Bucky have been captured. Go behind enemy lines to rescue them and put an end to the sinister plot. Use your unbreakable shield to battle, block, and maneuver your way on what seems like a suicide mission.

NO. 8 StarFront: Collision - Somehow Not a Collision In the Courts 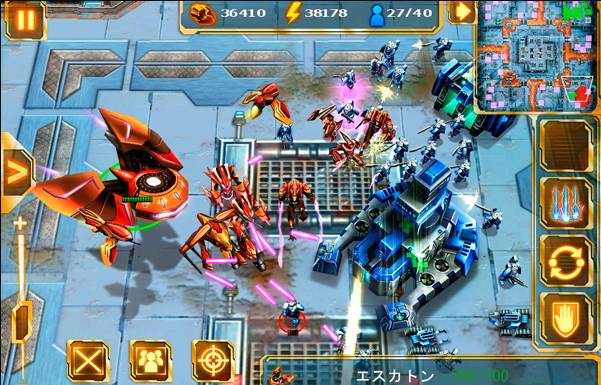 Welcome to planet Sinistral, where rare Xenodium crystals are coveted by a human mining conglomerate called the Consortium. However, they are not the only ones after the rare mineral. The Myriad, an indigenous race of aliens, is addicted to Xenodium and will do everything they can to prevent the Consortium from plundering their resources. To add to the chaos, a sentient robot race called the Wardens is trying to turn the war in their favor. Whose side will you choose? 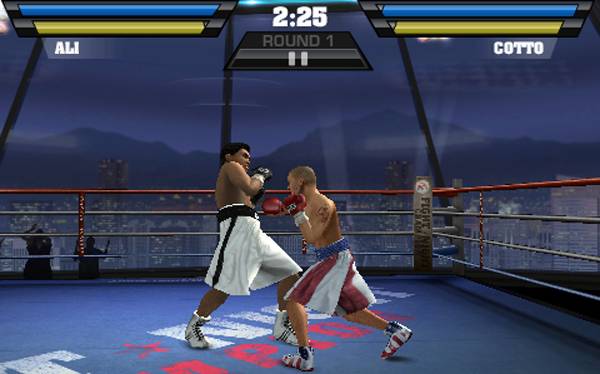 Experience the true brutality of boxing in the tradition of the highest rated simulation fighting franchise of all time. Featuring innovative gameplay and best-in-class graphic quality, youre looking at the best boxing game on the App Store. Its undisputed. 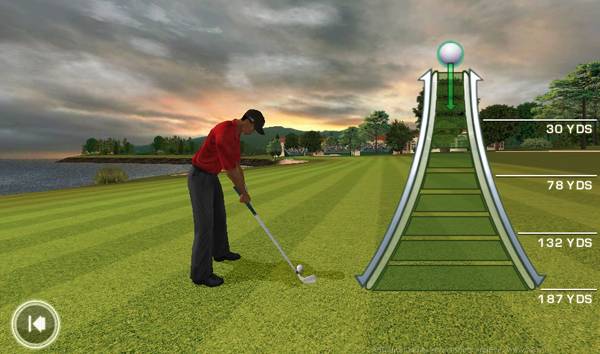 EXPERIENCE THE PGA TOUR LIKE A PRO! Now earn more rewards by completing challenges across other EA SPORTS Games with Cross Play. Enjoy the 5-star experience of the most popular golf game on the App Store. Besides this games Retina Display-enhanced visuals, it contains a Facebook-connected mini-game called Closest to the Pin. As the name suggests, its a competition to see which one of your friends can land closest to the flag. Its well-integrated into the game, displaying their photo on the screen as you attempt to hack away at the ball, hoping to beat their measurement. Passive, not real-time, multiplayer options like this are what really makes gaming with friends on the iPhone a lot of fun.
You must log in or register to reply here.

Real Racing Gets Enhanced Update for the iPhone 4