The Slaughter: Act One Comes to iOS 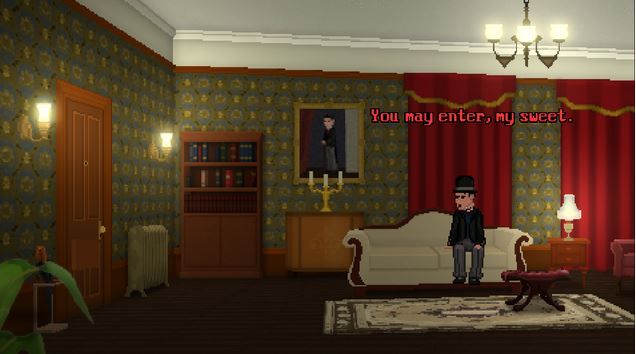 Three-part Victorian adventure game The Slaughter has had an overwhelmingly positive reaction on Steam and Humble for PC, and now comes to iOS, I’m pleased to say. If you’re a fan of classic LucasArts and Revolution point-and-click adventure games then you’ll love The Slaughter, which does a great job of capturing the spirit of the classic point and clicker, albeit with darker and much more adult themes, living up to its lofty claim to be “Blue Velvet meets Monkey Island.”

The game follows the attempts of private investigator Sydney Emerson to track down a serial killer who has been terrorizing the streets of Victorian London.

The decadent style of Victorian London is captured in all its depravity with lots of eccentric British characters and atmospheric locations. Things take a surreal turn as Sydney’s dreams become part of the narrative as he wrestles with subconscious clues.

The story is as much about the low point that Sydney has reached in his life where he is barely making it through each hum-drum day, than it is about capturing a serial killer. Here are some other reasons why you need to check this game out if you’re an adventure fan:

● A noir adventure laced with adult themes and dark humour.
● A faithful recreation of Victorian London, from decadence to depravity.
● Classic point and click gameplay in the vein of the LucasArts games of yore.
● Surreal dream-worlds holding subconscious clues.
● Follow the trail of a killer, or drown your sorrows at the pub.
● Original soundtrack blends film noir and traditional Victorian instruments.
● Episodic release in three acts.
Click to expand...

The Last Express and Twinsens Adventure Coming to iOS

Indie Platformer George: Scared of the Dark Out Now