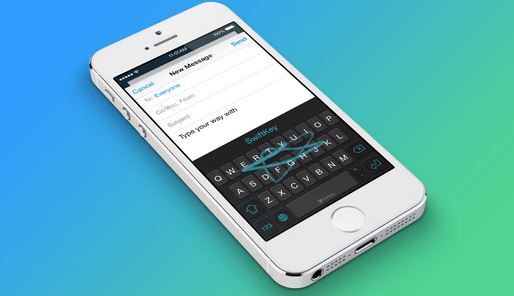 Following on from the news we reported yesterday that SwiftKey was about to launch an iOS version of its keyboard app, Phone Arena reports that SwiftKey for iOS will be arriving in the App Store on September 17, which is when iOS 8 goes live, of course.

SwiftKey is already incredibly popular on Android, so it was only a matter of time before an iOS version arrived, and the fact that iOS 8 now enables the use of third-party virtual keyboards for the first time makes this possible.

What is so great about SwiftKey, and one of the reasons why it is so popular with Android users, is the way in which it learns how you type, and what you type, and will remember certain phrases that you tend to use, meaning that you should be able to complete an entire word with just one tap. You can also type in two languages at the same time without having to change to a different keyboard.

The app’s Flow feature is another user favourite, enabling you to slide your finger to each letter to enter them.

Even better news is the fact that the app will be free to download, with some in-app purchases available.

Oh YEAH...I'm thinking that will probably be the day iOS8 also gets released
L

Glad that they decided to finally let 3rd party keyboards to be used on iOS. I've grown fond of swiftkey and am happy I don't have to lose it when I get my iPhone 6 plus!

What's the major difference between Swiftkey and Quick Type??
IIRC....Quick Type will be an integral part of the iPhone 6/+...and from what I've been able to piece together.....the 2 keyboard apps are pretty similar......???!
You must log in or register to reply here.

SwiftKey Shows Off its Next Keyboard for iOS 8