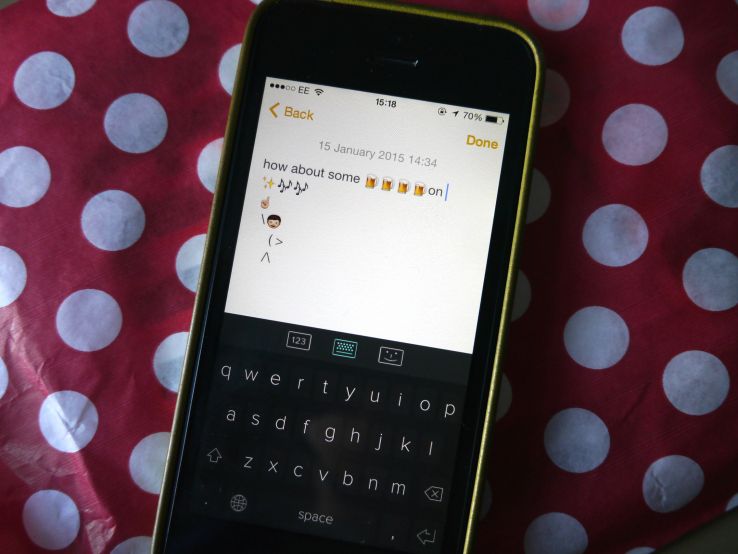 Since Apple opened up developer access to the keyboard in iOS 8 last fall, we've seen popular Android keyboard apps being ported for iPhone and iPad users, as well as new ingenious ones being launched on the iTunes store.

Such is the case with Qwerky, a new keyboard app for iOS that looks to speed up the typing of emojis. Co-founder Ed Moyse, said the following about their new app:

"We found Swiftkey/Swype/etc are slow to reach the keys you really want (that winky face… or aubergine!). With our keyboard, swiping left and right quickly navigates from text to emojis. We’re aiming to stand out/convince people to stay by offering a keyboard that lets you type like a human. People use a combination of text, emojis, pictures, and GIFs to express themselves, but other keyboards don’t handle this satisfactorily.”

However, Qwerky is not a free app, being priced at $0.99 for launch week, and $1.99 thereafter. But if you use a lot of emojis in your conversations, you might find it to be really useful.

Source: Qwerky
You must log in or register to reply here.

The Hipjot Keyboard is Capable of 120 Words-per-minute Speeds