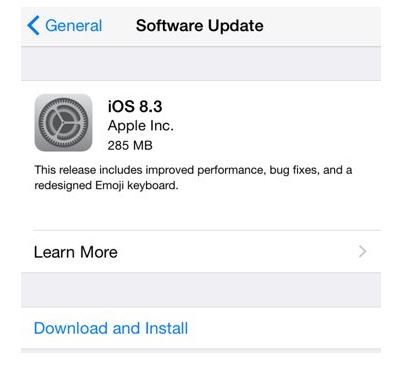 AppleInsider reports that Apple has today released iOS 8.3, complete with Emoji additions, as well as upgrades to Siri, wireless CarPlay, and improvements to apps such as Passbook.

The Siri upgrades include being able to make calls via the iPhone speakerphone, as well as new languages and accents.

Also included in the update is wireless CarPlay support, whereby you can connect your iPhone to a dashboard unit without having to use a Lightning cable.

Various other tweaks for iOS apps include Passbook now separating Apple Pay from Passes, and Messages now having the option to distinguish between threads from contacts and those from people that you don’t know. You can also now choose to have spam automatically reported.

Other small but useful changes include the spacebar in the keyboard being stretched out, and having the option to turn off password requirements when downloading free apps in the App Store.

I just updated my iPhone this afternoon. It was on iOS 8.3 beta 4 and the update size from the beta release to the public release was 1.7GB. There were no problems with the update process. 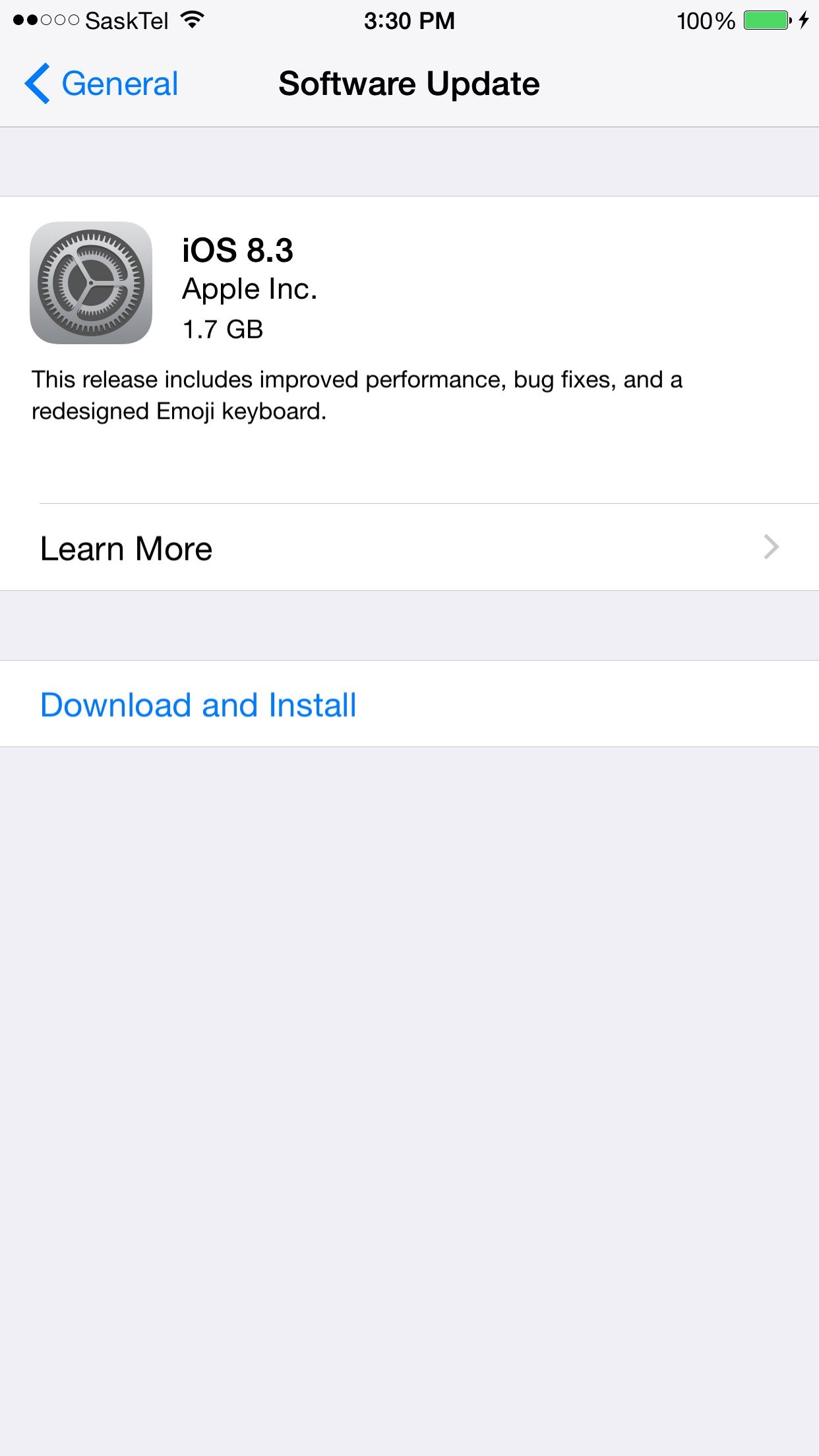 I'm updating mine right now. I was on 8.2, and the size was about 300 MB. The difference between my update size and yours is quite a lot.

J. A. said:
I'm updating mine right now. I was on 8.2, and the size was about 300 MB. The difference between my update size and yours is quite a lot.
Click to expand...

That's because yours was a delta update while mine was the entire update file.

scifan57 said:
That's because yours was a delta update while mine was the entire update file.
Click to expand...

You've told me that before. I forgot about it.
H

Hi friends can u please help regarding Harmon kardon soundsticks 3 Bluetooth speakers. I updated iphone 6 plus to 8.3. The update says that the Bluetooth issues are resolved. But while listening to speakers. Suddenly the sound is dropping even it shows paired.
H

Was having the same problem earlier but was hoping that Apple will resolve the problem. After update also nothing has changed.

First of all, reset your iPhone after updating:
Press and hold Home and Power button at the same time until the Apple logo appears. Let go of both, the iPhone will power up on it's own.

Thanks will try it

hm03hitesh said:
Thanks will try it
Click to expand...

You're welcome.
Let us know if it helps.
H

I tried but didn't work in fact it got dropped as soon as I played the song within few secs. I think the problem is with the speakers not compatible to Bluetooth of iphone6 plus
H

If have any other solutions pls help

Turn off your iPhone and then on again. Also restart the speakers, if possible.

Disable Bluetooth on the iPhone and enable it again.

Unpair both devices and pair them again.

Go to Settings - General - Reset, and select "Reset Network Settings". This will set all your networking configurations back to default, so you'll have to set Wi-Fi up again, and pair the devices.

Also make sure the speakers are within adequate range.

I haven't had any issues
You must log in or register to reply here.