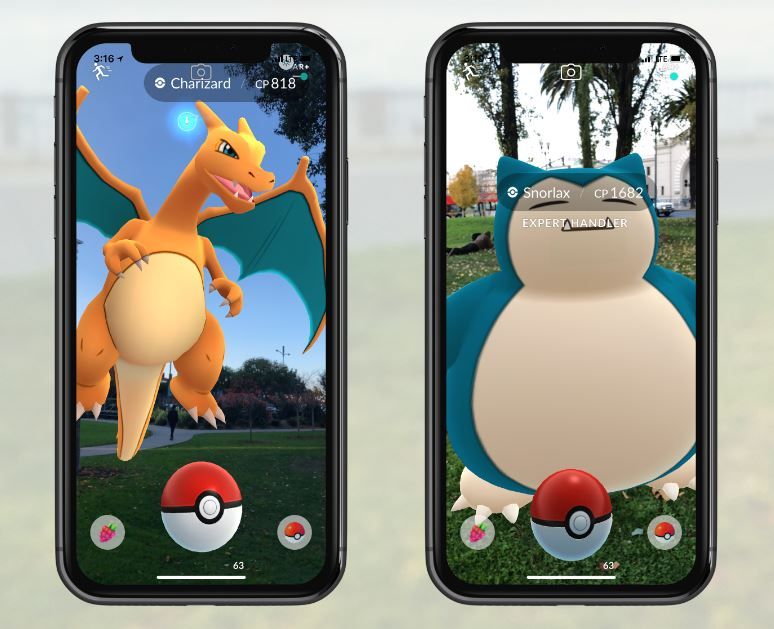 9to5 Mac reports today that Niantic has announced that Pokémon Go now has an iPhone-exclusive AR+ mode thanks to Apple’s ARKit. The company originally demoed the new augmented reality Pokémon Go features back in June at Apple’s WWDC, but now it’s finally here and being rolled out to iPhone-owning Pokémon Go players around the world.

Essentially, AR+ mode for Pokémon Go means that the Pokémon that you encounter in the game will be more realistic than ever. For example, they will now be fixed to a “point in space,” according to Niantic, so you can walk right up to them and they will be all in proportion. This means that a giant Snorlax or Onix will both be big enough to block your way. “This feature brings us one step closer to truly realizing Pokémon the way they are supposed to be represented in the real world,” said Niantic. “Pokémon Go AR photos will never be the same again!”

Aside from these incredible new visual effects, the AR+ version of Pokémon Go also has enhanced gameplay mechanics, whereby Pokémon will run away if they notice you sneaking up on them, and an awareness meter has been added to help you gauge how likely it is that the Pokémon will spot you and run off. Once the Pokémon runs away, you can try tapping the long grass nearby to possibly coax it out of hiding to give you another chance to catch it. If you manage to sneak up on a Pokémon undetected, you will get an Expert Handler bonus.

AR+ mode is live now, but you must have an iPhone 6s or later with iOS 11 in order to experience it.