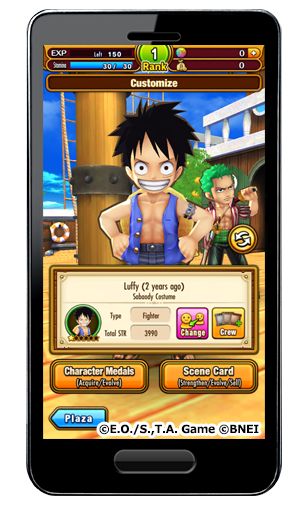 Bandai Namco Entertainment has announced that it is bringing a new 3-D Action-RPG One Piece game to iOS this winter, entitled One Piece Thousand Storm. You can click here to pre-register for the game: 「ONE PIECE THOUSAND STORM」 Pre-registration campaign｜BANDAI NAMCO Entertainment Inc.

In the game, players undertake exhilarating quests as they hunt for loot, using their special skills in timed events, and engaging in epic multiplayer real-time battles with up to three friends.

Fans of the anime series will also get to develop their favourite characters with special scene cards from the anime storyline.

Even better, all your favourite Straw Hat Pirates from the “2 Years Ago” and “New World” story arcs are featured in the game.

Do people play games on their homes? Really?
You must log in or register to reply here.

Asterix and Friends Arrive on iOS

Crazy Teapots Brew up a Death Match Storm on iOS