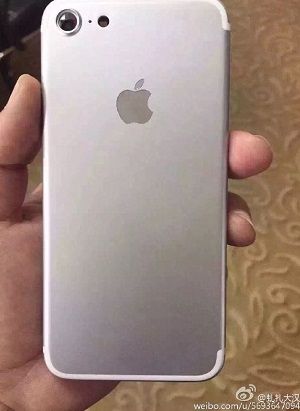 A new image has appeared on Chinese micro-blogging site Weibo today that is said to be of the rear shell for the forthcoming iPhone 7. Reporting on the news, AppleInsider notes that the shell has a visibly raised rear camera housing, or bump. It’s also noticeable that the shell has a much bigger camera opening than that of the iPhone 6s. The antenna bands have also been moved from across the back at the top and bottom of the phone to the top and bottom edges.

In many ways, the image, if genuine, ties in with other recently leaked images of Apple’s next iPhone, in particular the schematics that were leaked recently, as well as another shell image leak.

However, the fact that the shell still has a pronounced camera bump contradicts other recent rumours that the controversial protuberance would not be returning on Apple’s next iPhone.

Apparently the source that provided the image is considered to be a reliable one, having previously leaked a genuine image of an iPhone 6 design prior to launch.

Oh no not you again l can't stand it bye