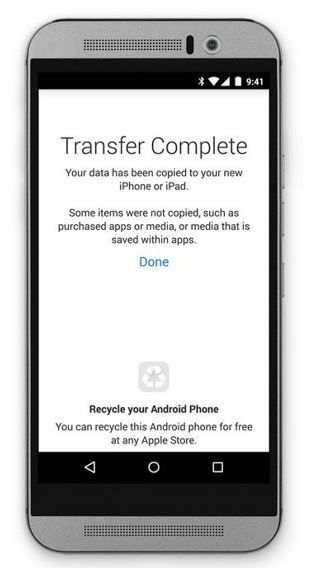 According to AppleInsider, Android blog Phandroid has been examining the new Move to iOS Android migration app and has found that it is actually a rebranded version of a previous app from UK company Media Mushroom, called Copy My Data, which is currently still available on the Google Play Store. Media Mushroom also has another app called Device Switch, which enables you to reverse the migration from iOS to Android.

Move to iOS is basically Apple’s cheeky way of gently hinting to Android users that they can easily swap over to iOS, taking care of the secure transfer of their contacts, message history, photos and videos, bookmarks, mail accounts and calendar.

Phandroid says that Move to iOS and Copy My Data have lots of similar code, including the original code strings for the original Media Mushroom app.

The fact that this is actually a third-party app rather than an in-house Apple app therefore means that Move to iOS cannot truly be called Apple’s first Android app, which will most likely now be Apple Music, due to launch later this year.

Source: Apple rebranded existing Android app for 'Move to iOS' migration tool, report says
You must log in or register to reply here.