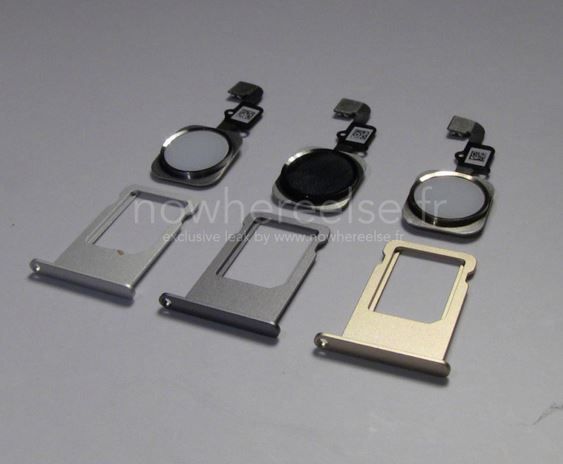 Just a couple of weeks away from the launch of the iPhone 6 on September 9 and the component leaks don’t show any sign of abating.

The SIM trays show very clearly that the next iPhone will be in the same three colours as the iPhone 5s, namely silver, gray and gold. However, 9to5 Mac thinks that the gray of the iPhone 6 is somewhat lighter than the iPhone 5s’s Space Gray, but that could just be picture quality.

The pictures also show the curved edges of the SIM tray, made to fit nicely flush with the phone’s curved edges.

9to5 Mac says that the internal speakers from the iPhone 6 look to be bigger than those of the iPhone 5s and other previous iPhones, which could possibly mean that the sound quality has been improved, or that the phone is louder. Then again, it might mean nothing of the sort, we'll just have to wait and see (or, rather, hear!).