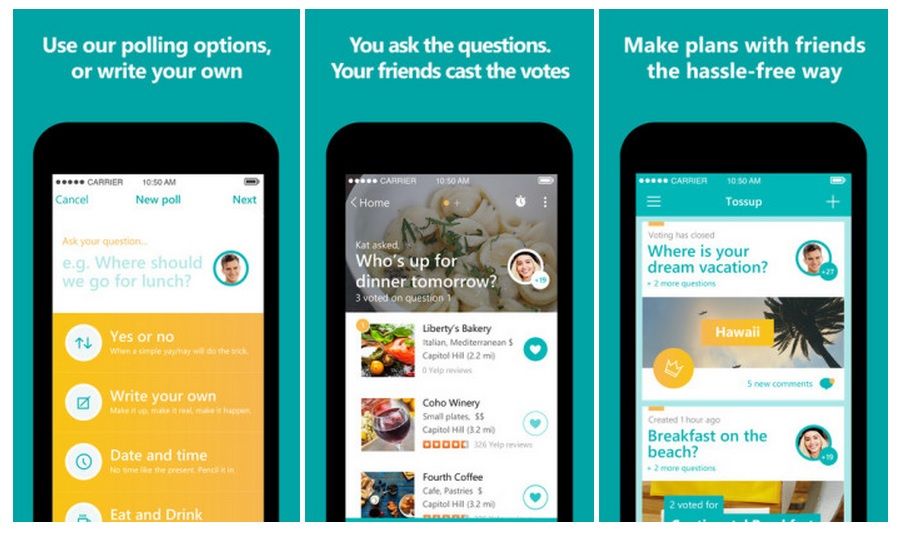 Tossup is a brand new app from the Microsoft Garage project which is designed to 'make event planning and opinion-gathering a cinch'. Microsoft says you can use Tossup when you need the following:
Athima Chansanchai from Microsoft said the following:

"Those who’ve tried to organize an outing with friends or family know agreeing on plans can be a challenge. But now there’s a new app – Tossup – that lets everyone make decisions easily while on the go. Tossup is now available to download on iPhone and Android phones in the U.S. and Canada."

"Tossup removes the friction around planning. It’s really about connecting with people, removing barriers that cause plans to fall through. Our aim is for you to spend more time hanging out with friends rather than coordinating schedules.

Tossup is available now on the App Store, so go ahead and follow the link at the end to download it. Also, check out a video below with a demo of the app.


Source: iTunes
You must log in or register to reply here.