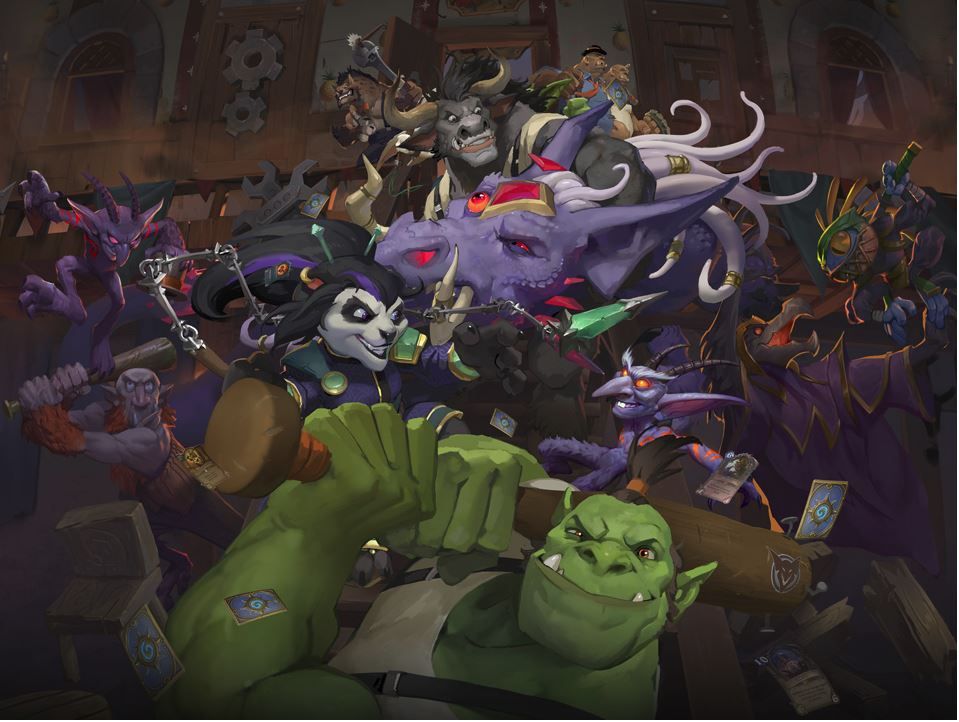 Blizzard has just announced at BlizzCon 2016 the fourth expansion for Hearthstone: Heroes of Warcraft, entitled Mean Streets of Gadgetzan. The new adventure takes players to a lawless land where criminals from all over Azeroth have built their own safe haven, free from the prying eyes of the Horde and the Alliance.

There are three crime families in particular that rule the roost in Gadgetzan: the weapon smugglers of the Grimy Goons, the Jade Lotus assassins, and the mana-hungry Kabal. Each family offers its own special benefits to its own set of three Hearthstone classes, and can use special tricks unavailable to rival families, which gives you plenty to think about when you’re building your decks.

There are 132 new cards to collect in total in the expansion. You can win Mean Streets of Gadgetzan card packs in Hearthstone’s Arena mode, and also buy them with in-game gold or real money for the same price as Hearthstone’s other card packs. And from now until the expansion’s release in early December, you can pre-purchase Mean Streets of Gadgetzan card packs in a special 50-pack bundle for $49.99/£34.99 only from https://eu.battle.net/shop/en/.