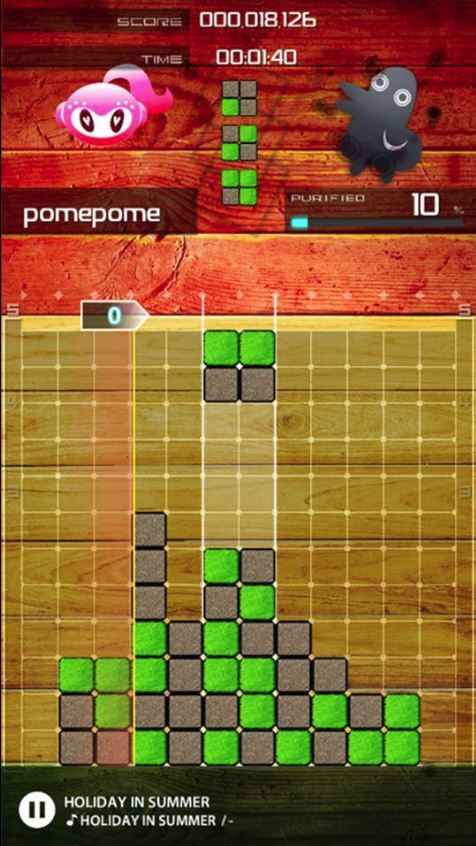 It’s certainly taken a while, but finally the popular PlayStation Portable (PSP) game Lumines is now available in 169 countries worldwide, following a soft launch in a select number of markets including Japan, Australia, and New Zealand back in July.

The new version of the game has been built from the ground up in collaboration with Tetsuya Mizuguchi, the creator of the original award-winning game. As before, music has a central part to play in the game, complete with newly produced tracks as well as old favourites such as “Shinin” by Mondo Grosso.

Gameplay sees players swiping and tapping their Lumines blocks to get them in line, matching four colours in time with the beat. Just as with the original game, players can also unlock new skins as they progress, which will change the gameboard’s appearance, as well as the music.

“I’m happy to collaborate with mobcast to bring the original spirit of the Lumines series to fans around the world. By paying tribute to the classic songs and tight controls of the original game, and adding new features like social sharing that bring the series to 2016, I’m confident that Lumines: Puzzle & Music will excite old and new fans alike,” said Tetsuya Mizuguchi, original creator of Lumines for PlayStation Portable (PSP).

NUMB3RS Crime-Solving Puzzle Game Based on TV Show Out Now for $0.99

Legend of the Skyfish Arrives on iOS