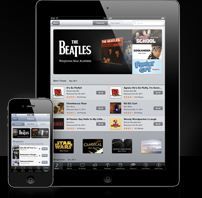 MacRumors reports on the ongoing class action iPod lawsuit that is currently taking place in Los Angeles. The latest news from the proceedings is that an ex-iTunes engineer Rod Schultz has told the court that when he was working on iTunes, Apple’s aim was to block all non-iTunes clients and totally block third-party music services that might compete with iPod.

The engineer had been subpoenaed by the plaintiffs in the case to prove that Apple’s actions drove up prices. Schultz testified that the project he worked on was called “Candy.” He said that he was reluctant to talk about his work at Apple on iTunes in 2006 and 2007.

MacRumors says that Schultz also backed up Apple’s defence in the case, saying that the security features used by Apple in iTunes were a response to the digital music environment at the time. In particular, Schultz said that record companies demanded DRM, which forced Apple to introduce such strong security measures for iTunes.

We should hear the result of this lawsuit next week, as Schultz was the last witness to be called in the case, and the judge Yvonne Gonzalez Rogers has said that she will send the case to the jury to deliberate on next week.

The plaintiffs in the case are looking for $350 million in damages, which could be tripled as a result of antitrust laws.