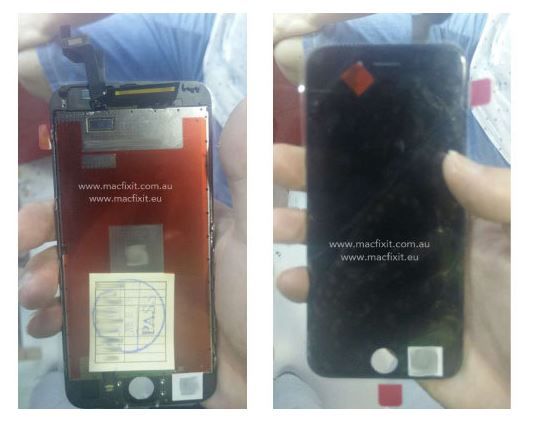 It seems as though Apple’s iPhone assembly lines are as porous as a giant sieve these days, with several leaked pictures emerging over the past week, and now today AppleInsider reports that yet more images have surfaced that are said to be of the iPhone 6s display assembly.

As AppleInsider notes, it’s hard to tell much from these latest pictures, as much of the good stuff is covered by metallic shielding. It is possible to see that the shielding looks as though it has been riveted, which would be a different manufacturing technique compared to previous models, but there’s no further information available as yet as to why this might be.

Expect many, many more such leaked images as we get ever nearer to the launch of the next iPhone, which is expected to occur sometime in September.