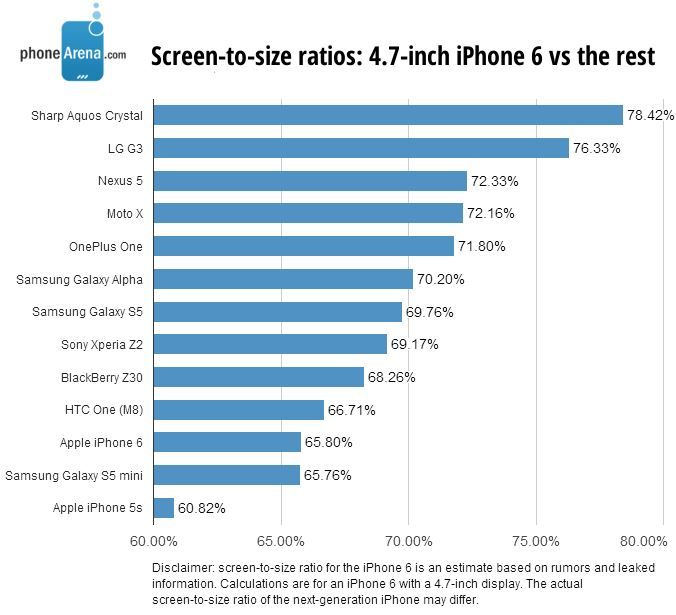 Phone Arena reports that the forthcoming iPhone 6’s screen-to-size ratio may well be lower than that of the flagship phones of Apple’s competitors.

The screen-to-size ratio refers to how little of a smartphone’s front face is wasted by the bezel, or anything else that takes space away from the touchscreen.

PhoneArena has taken the leaked screen size of the iPhone 6 and the size of the actual phone and calculated from that the screen-to-size ratio, which, for the 4.7-inch iPhone 6, would be 65.8%.

Clearly such differences are not a priority for Apple, but interesting facts all the same.

Source: http://www.phonearena.com/news/iPho...ize-ratio-compared-to-other-flagships_id59816
You must log in or register to reply here.

iPhone 6 in Various Sizes Compared to Other Smartphones in Infographic