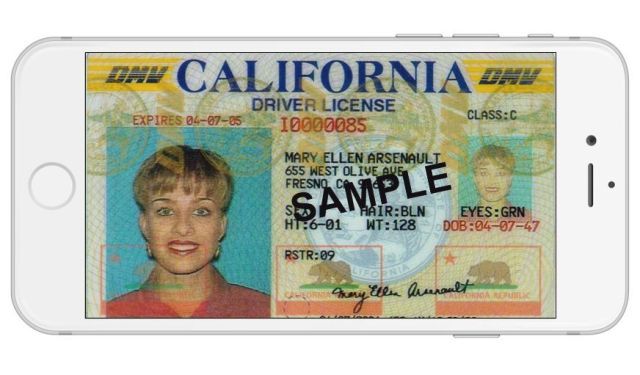 The wallet-free future got a little bit closer when Apple released Apple Pay with iOS 8.1, unfortunately our wallets not only hold our credit cards, but also our identification, insurance, and other things we use daily.

Iowa is looking to give time a little bit of a push into the future, as the state's Department of Transportation announced on Thursday that it will be creating a releasing an official state application in 2015, which will act as a persons' ID. The app will serve as an official Identification Card in the state, meaning that a physical card will not be needed. The user will be able to update current information, which automatically ships to the DOT databases.

The Iowan officials have stated that that app will use a PIN code for security, but with Apple's Touch ID becoming the norm, we're hoping that state integrates that as well. Virtual IDs are already allowed by drivers to carry as proof of insurance, so an official app just makes things a bit more secure and legitimate. Iowa's DOT adds that the app will begin beta testing in 2015.

Sent from my iPad using Tapatalk

IIRC...."virtual" passports (ie., a photo of the document on an iPad/iPhone) have been used at Canadian border checkpoints without issues.....
IMHO....a GIANT tech stride forward!!

This truly would be very smart.


Sent from my ancient but trustworthy iPhone 5.

why in world is this smart?

now when you get stopped you will have to hand them your phone ,with all your sensitive personal info on it .you dont think they will look around on your phone while waiting for dispatch to reply? think again .
look at the bigger picture ,wake up people .
if you had just been texting now they will know . (yes its illegal but you would have got away with it had you not handed them your phone )
if you were just talking on the phone they will know(considered distracted driving in some states)
you might have nudes of your wife or g/f on there (yes we do this)think about that

i`ll pass ,some things are best left the way they are .
You must log in or register to reply here.

My CARD Arrived From The Cards App On iPhone, iPod Touch, & iPad