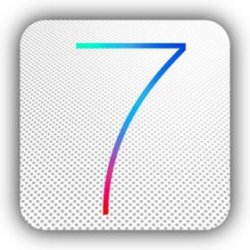 ​
While most of us aren't used to this, Apple has been releasing iOS 7 Beta update on a bi-weekly schedule. The updates are rather minor and no more than just a few bug fixes here and there, but the fruit company has been improving the firmware for final release. It was just last Friday when Apple seeded iOS 7 Beta 6 to developers, meaning that Beta 7 could release at some point today.

The currently rumored Apple event to release new flagship devices is currently stated for September 10th. The company usually releases the final Golden Master, or GM, build of the latest firmware alongside the unveiling of next generation iPhones. Seeing as the event date is getting closer, this beta could very well possibly be the last before the GM. iOS 7 Beta 7 is expected to have mostly minor changes once again, but to include much needed bug fixes and improvements.
You must log in or register to reply here.