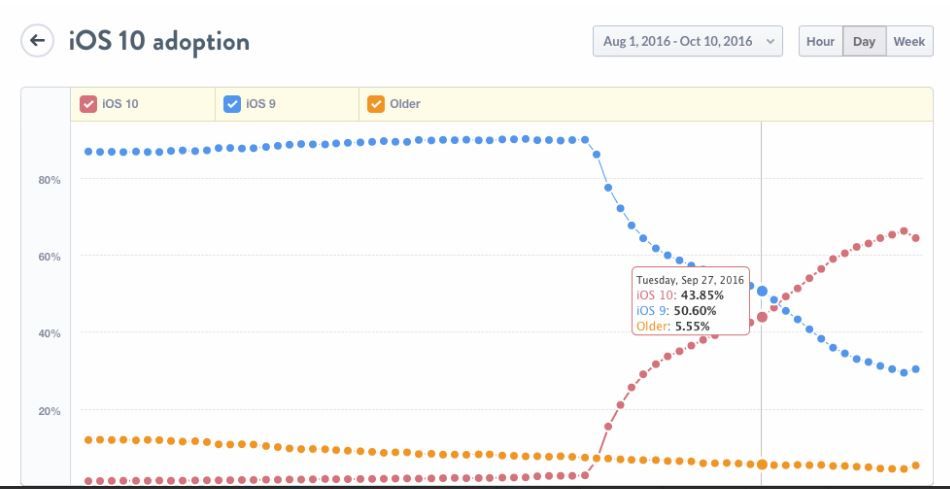 According to Fiksu, via 9to5 Mac, iOS 10 is now installed on more than two thirds of active iOS devices, with a 66.7% adoption rate just 27 days after it became available. Mixpanel has also issued figures that support Fiksu’s figures, stating that iOS 10 currently has an adoption rate of 66%. Fiksu’s and Mixpanel’s metrics are based on iPhone and iPad use on the web.

The graph shows that iOS 10 actually had a fairly slow rate of adoption in comparison with iOS 6, 7, and 9 initially, but after two weeks it then climbed very rapidly. There are no obvious clues as to why this sudden rise occurred, as it is unprecedented in terms of iOS updates, with previous updates not having such a pattern of adoption.

These figures reveal that there are already more devices running iOS 10 than there are running iOS 9, which is very impressive indeed in just under a month.

Source: iOS 10 now installed on two thirds of devices, faster adoption than any previous iOS update
You must log in or register to reply here.