iOS 10.3 Out Now With Reports of Lengthy Installation Times Due to New File System 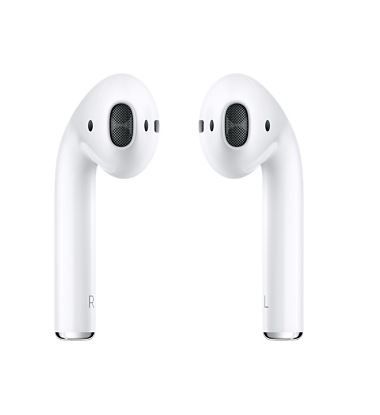 MacRumors reports that following seven beta releases since January 24, iOS 10.3 is now available to the general public. Major new features introduced with the update include Find My AirPods and a new Apple File System (APFS).

The update is available as a free over-the-air download, and can also be downloaded from iTunes.

The new Find My AirPods feature has been added to the Find My iPhone feature so that you can find missing AirPods. Find My AirPods works by playing a sound so that you can locate a nearby AirPod, and it will also save an AirPod’s last known location from when it was last connected to an iOS device via Bluetooth. However, it is not able to find an AirPod when the phone isn’t nearby, or to locate the Charging Case.

APFS is a new file system that will be installed when you update your iOS device. It has been optimized for flash/SSD storage and has improved encryption support, as well as enabling the use of snapshots for freezing a file system’s state, which is better for backups, space sharing, and improved space efficiency, hopefully all of which will lead to more platform stability.

However, that said, an AppleInsider report on the newly released iOS 10.3 notes complaints from early adopters of the update of overly long install times, including multiple device reboots. Users have reported installation on an iPad Air 2, for example, taking more than 48 minutes.

AppleInsider notes that this is likely due to the change of file system to APFS. Advising AppleInsider on the matter, an Apple support technician recommended not stopping the upgrade if it appears to be taking too long. To be on the safe side, the best advice, as always, is to be sure to backup before you update.

I installed it. Didn't take any longer than usual. According to benchmarks it's faster

samuelpie said:
Does it work with iOS 9.3?
Click to expand...

Find My AirPods only works with iOS 10.3 and newer.

I do them one at a time just in case

It took about 30 min to update my phone

Downloaded and installed on phone - about 30 min. No problems.

Downloading now, we will see how it goes

And So the iCloud Era Begins with iTunes 10.3