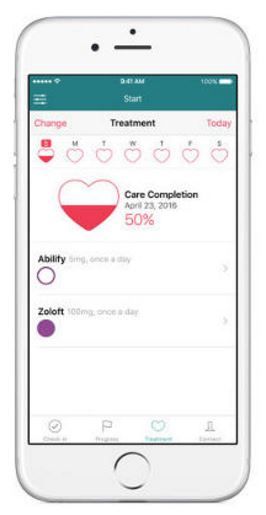 Fast Company reports today on the first wave of health apps that have been developed to take advantage of Apple’s CareKit, with the CareKit service just launching today via Github’s open source community. The service is designed to enable developers to create apps that can help patients collect their own health data, manage their own symptoms, and also send reports to their care team.

While not much has been heard publicly about CareKit since it was announced by Apple in March. the CareKit team has been busy beavering away behind the scenes, working with three startup companies that were given early access to the CareKit code. These are One Drop, for diabetes management; Glow, for reproductive health; and Iodine, which is an app to help people with depression manage their medication. The Cleveland Clinic is also currently working on an app for people who have respiratory illnesses such as asthma.

"We had about a month to play with CareKit," says Iodine founder and CEO Thomas Goetz. "It has been especially helpful for us to slot in important context in a way that makes sense to patients, like our trend data on what they can expect from an antidepressant."

It’s going to be fascinating to see what all these developers come up with, and how CareKit could revolutionize personal healthcare.

Source: Apple's First CareKit Apps Are Here
You must log in or register to reply here.