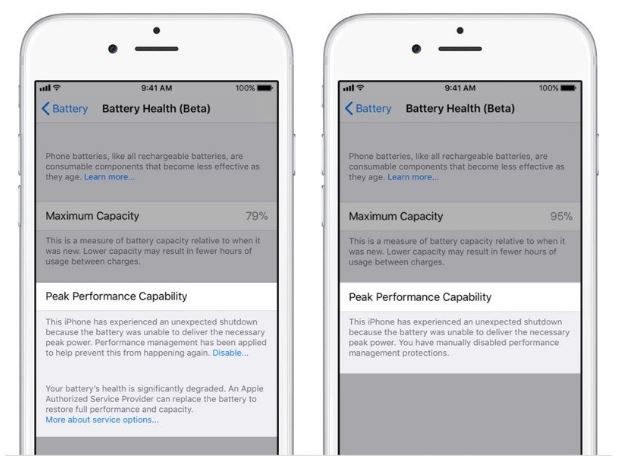 Apple took us off guard on Thursday by releasing iOS 11.3, the latest major update to iOS 11.

Among the many new features included in the update are the long-awaited “Battery Health” feature that arose after the whole performance-throttling furore of the past few months, and which will notify you about your battery’s state of health. You’ll be able to view details about your iPhone’s maximum battery capacity and peak performance capability, and if you have an already-degraded battery, you’ll be able to see if the phone’s performance is being throttled. You will also be able to turn off performance management altogether, if you so wish. The default setting sees performance management disabled, and it will only be enabled if your phone shuts down unexpectedly.

On the iPad you will now get charge management when the tablet is plugged in for an extended length of time, but you won’t get the iPhone battery management features.

Other additions include ARKit 1.5, with expanded augmented reality features for developers, including image and object recognition and the placing of virtual objects on vertical surfaces.

Also bound to be popular are four new Animoji, namely dragon, bear, skull and lion for the iPhone X. Also, there have been some updates to the regular emojis on all devices, including a happier lion emoji and a jaw for the skull emoji.

In the US, a new Health Record feature has also been added.

And as with any other iOS release, there are plenty of bug fixes under the hood as well.

There are also lots of more minor changes, including a new “For You” section in Apple News that has hand-picked content and top videos.

Messages in iCloud is Back in iOS 11.3 Beta