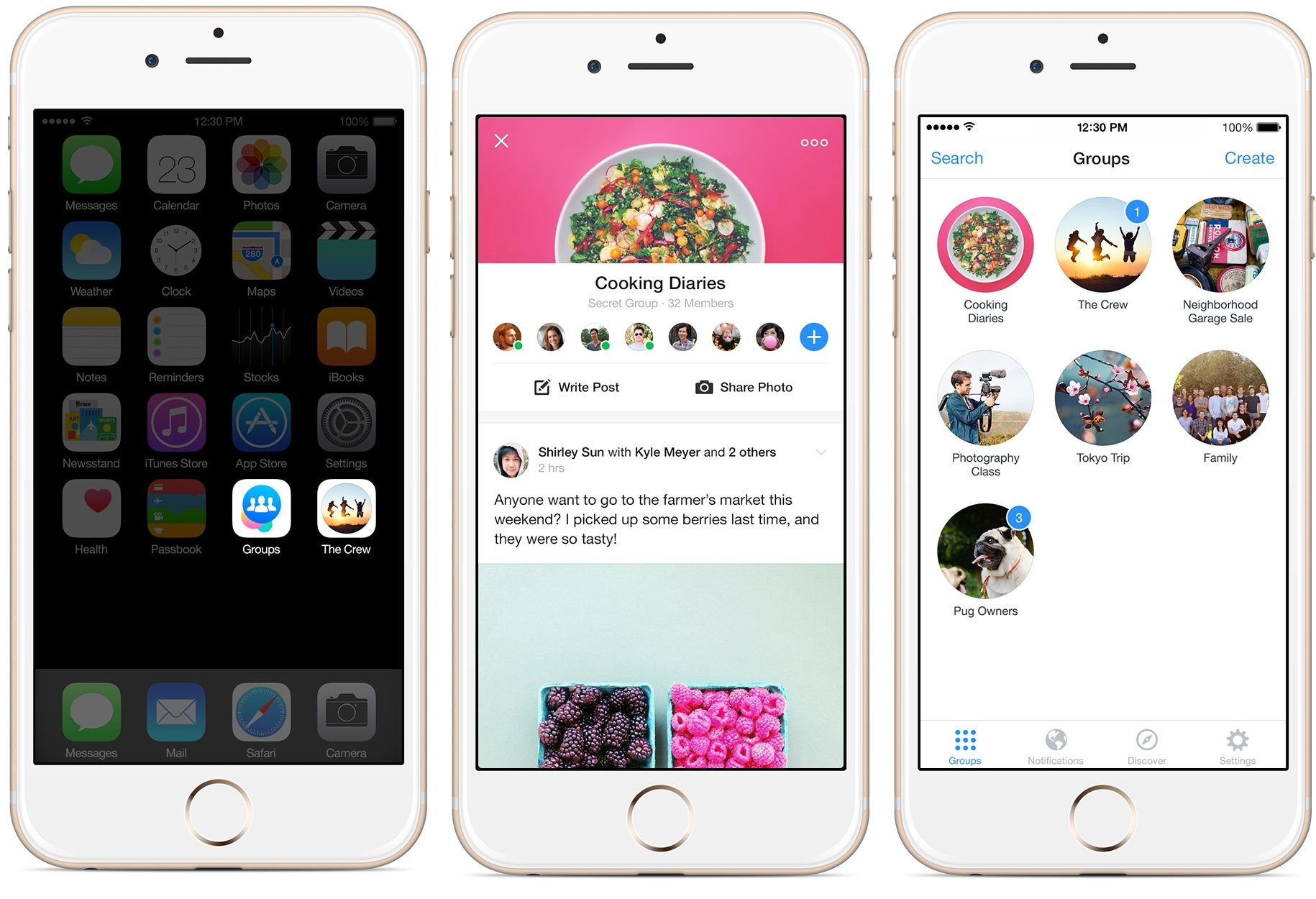 It seems like every few months Facebook is trying to have its users use multiple apps for all of the different features on the social network. We previously saw Facebook Messenger ostracize the main app with its own, making it mandatory if folks want to message friends and family.

Apart from Facebook's Pages app, the social network giant has just released Facebook Groups for all of your groups' needs. Within the app, folks can organize, view, post, join and upload to groups on the social network. Groups have become widely popular for friends and family who would like to share photos/videos or chat in a closed space to a selected group of people. Schools, neighborhoods, businesses have also started to use groups as a way to communicated with their communities.

Facebook Groups comes as a 54-megabyte download and is available for free on the App Store. Folks downloading the app will enjoy the iOS-optimized look and feel, and will need to be running iOS 7 or later to install.
R

This is some thing great for everyone of us ...is this secure like not just like issue of sync we have faced earlier
You must log in or register to reply here.