Hi guys, I am the developer of Dungeon Story, an awesome new Puzzle-RPG hybrid which in just few weeks has managed to gather a great following! We already have updated the game to 1.1 and soon 1.2 will bring tons of amazing new features! And the best? The game is only 0.99$ as a universal purchase and contains NO IAPs.

Dungeon Story is a Puzzle-RPG with emphasis on an epic fast-paced monster killing experience! Challenge hordes of powerful monsters and bosses, defeat them, level up to 999 and become the most powerful and rich hero of all times! But be careful... The enemies will also use their own special abilities to destroy you!

Match 3 or more of the same tiles in any direction to attack with your sword, cast spells, heal or gather coins! Use special battle items such as a shield, a healing potion and an explosive bomb that can alter the battlefield! Upgrade your gear and learn tons of skills! Unlock 9 powerful classes and exploit their unique powers!

Can you create the most powerful character of all time?

Challenge your friends in Game Center

Dungeon Story is inspired by some awesome games such as Dungeon Raid and Dragon Quest. The game is developed by an independent developer, passionate about games, with the help of some really great friends! 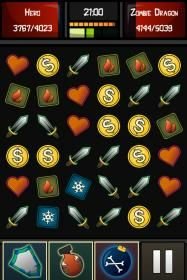 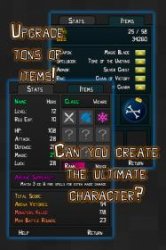 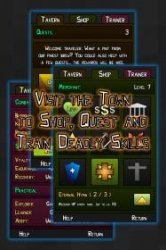 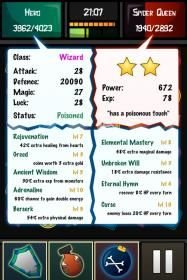 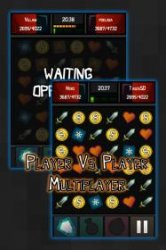 Please refrain from posting external links to FB/twitter and also to developer websites. Please take a moment to read the rules: http://www.iphoneforums.net/forum/f...um-rules-please-read-respect-our-rules-30950/

Please refrain from posting external links to FB/twitter and also to developer websites. Please take a moment to read the rules: http://www.iphoneforums.net/forum/f...um-rules-please-read-respect-our-rules-30950/

My dearest apologies for that! I thought it would help people identify more information for the game easier! Thanks a lot though for the heads up!
You must log in or register to reply here.

Z
Puzzle me for iPhone! Check it out now.