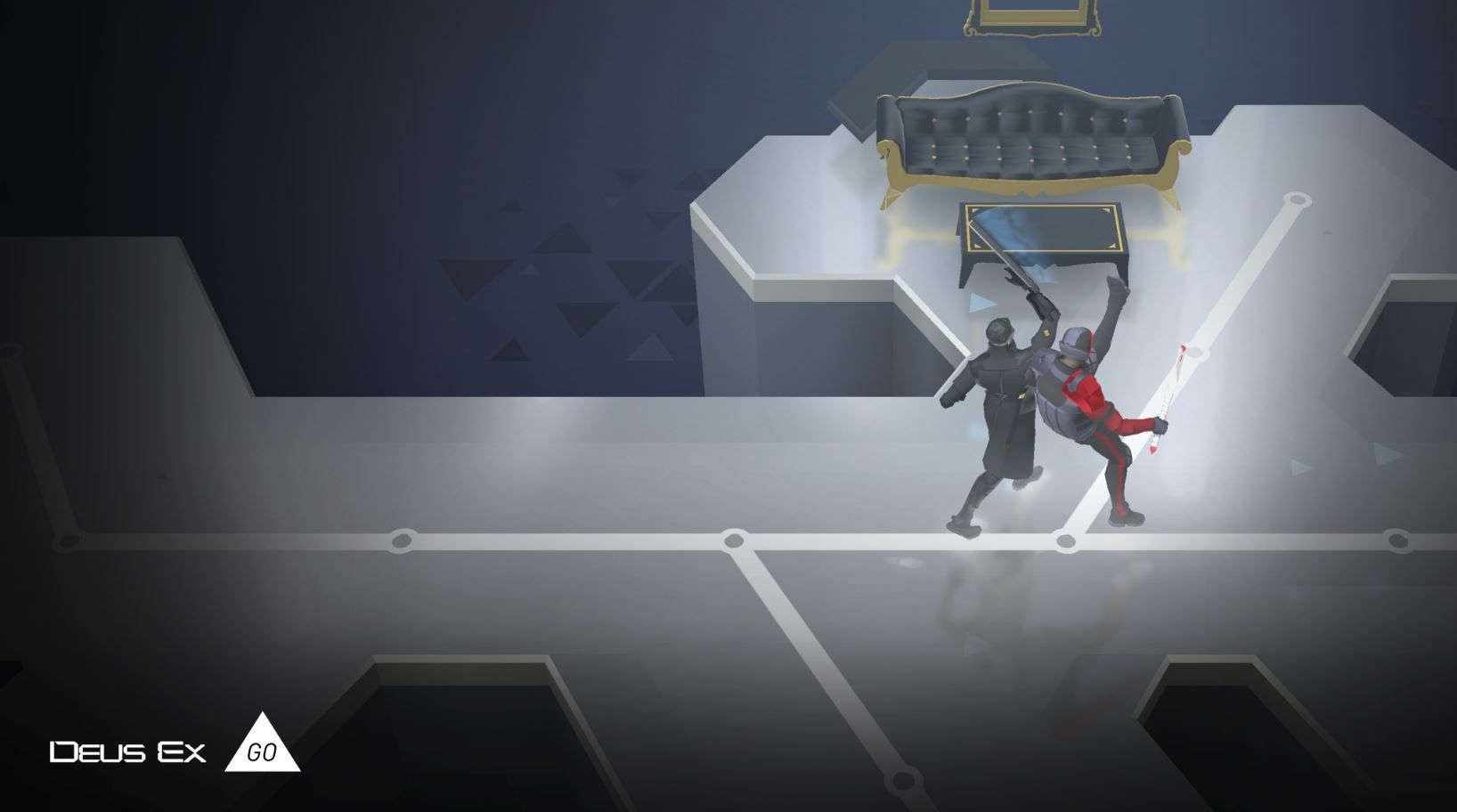 Square Enix announced today that this summer it will be adding another title to its massively successful roster of mobile spin-offs from its popular franchises. Joining Hitman GO and Lara Croft GO, Deus Ex GO is a turn-based infiltration puzzle game set in a stylized interpretation of the Deus Ex universe. You play the part of covert agent Adam Jensen, using hacking, combat, and augmentations to help you solve some of the GO series’ most challenging puzzles.

Working with your allies in TF29 and the Juggernaut Collective, you must infiltrate locations to discover the larger conspiracy that lies behind a terrorist plot.

“With Deus Ex GO, we really want to take the GO series to another level. Building on the learnings of Hitman GO andLara Croft GO, our goal is to push the experience a step further in terms of visual treatment and game design in order to bring you a fresh, reimagined puzzle experience that celebrates the franchise.” said Patrick Naud, Head of Studio at Square Enix Montreal.

“Our team has also been hard at work designing a smart, game-changing new feature that will allow you to expand your game experience: the puzzle maker.”
Click to expand...

Look for the aforementioned puzzle maker to launch several weeks following the release of Deus Ex GO, enabling you to create levels and share them with your friends.

Picture size is too big. Can you reduce the size please?

markzuekarly said:
Picture size is too big. Can you reduce the size please?
Click to expand...

That's a video advertising trailer and the size can't be reduced.
You must log in or register to reply here.

Deus Ex: The Fall to Arrive in App Store This Thursday