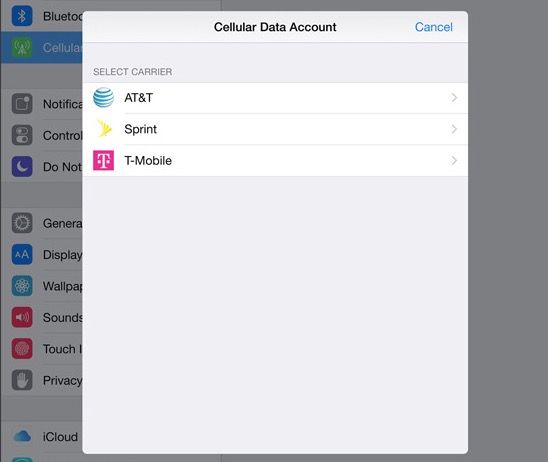 The new Apple SIM in the iPad Air 2 and iPad Mini 3 is meant to allow users to switch between carriers on short term plans, straight from inside the device's software, without having to remove the SIM. But Apple's brave initiative isn't working out as it was planned, because it seems that AT&T, the country's biggest carrier, will still require for a physical replacement.

And if you were hoping that this feature could make it to future iPhones, then we have some more bad news. According to Apple vice president of iPhone, iPod and iOS product marketing, Greg Joswiak, the company has not discussed putting the Apple SIM into iPhones, because most customers buy an iPhone through a carrier directly and thus, the Apple SIM is not as well suited. He said:

"We ultimately don't know who you are going to use as the carrier, [and] we want to make it as easy as possible. I don't think you're going to go to the Verizon store and say, 'Can you hook me up with AT&T?,'"

Source: Recode
You must log in or register to reply here.