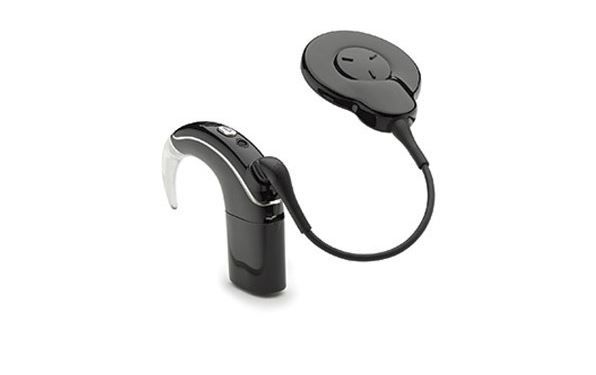 AppleInsider write that Australian company Cochlear has today launched the first fruits of its partnership with Apple, a hearing implant sound processor called the Nucleus 7. The new implant, which is the world’s first Made for iPhone sound processor, was designed by Cochlear and Apple to connect with, and incorporate sound from, iPhone, iPad, and iPod touch.

The Nucleus 7 was first revealed back in July, but the two companies have been working on it together for 3 years prior to that. The sound processor is perfectly integrated with Apple technology to enable connected iOS devices to output sound directly to an implant embedded in the user’s head.

Prior to the arrival of the Nucleus 7, Cochlear implant patients had to use a separate Bluetooth accessory in order to connect to their iOS device. Now they can directly access audio for phone calls, music, movies, and so on via their iPhone, iPad, or iPod touch.

“We started looking at this program around the concept of Bluetooth LE and how it would be a beneficial tool in this specific circumstance,” said Sarah Herrlinger, Apple’s director of accessibility. “The work we have done is applicable both to hearing aids and sound processors.”

Whether it works or not depends on the cause of the deafness. For example, it will not work if the deafness is caused by birth defect or damage to the nerves responsible for carrying signals from the ear to the brain.
A

Right. Many doctors arent being honest with the parents because they knew that the parents do not know nothing about deaf cutlure and deafness of children. Therefore, the doctors are getting advantage of parents's money from the insurance companies. Many parents who do not know much about deaf culture thought that it is the answer and it would make them speak and hearing again. That's false. Thanks to good deaf schools are educating many parents about the deaf culture to prevent doctors to get an advantage from parents.
You must log in or register to reply here.