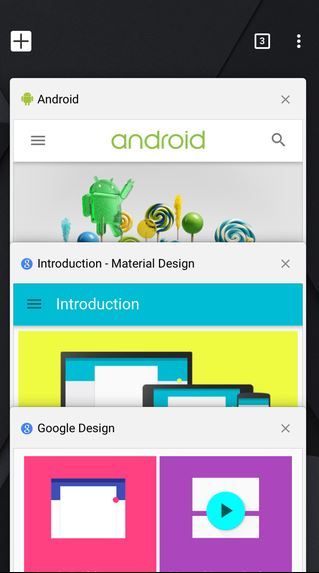 Google has updated its Chrome for iOS app with several interesting new features, according to 9to5 Mac, with the whole look of the app being redesigned to fit in with Android’s new “Material Design” concept.

What that means for the look of the app, in Google’s words, is “bold graphics, fluid motion, and tactile surfaces.” You can see for yourself in the above screenshot.

Aside from the brand spanking new look, the update also includes support for Apple’s Handoff feature that lets you pick up where you left off between apps in iOS and OS X. This means that you can now switch from Chrome on iOS to your default OS X browser, be it Safari, or any other default browser.

Also included in Chrome for iOS Version 40 is optimisation for iOS 8, and also for the bigger screens of the iPhone 6 and iPhone 6 Plus.

And that’s about it for this update, aside from the usual bug fixes and stability improvements.

IOS Version of Google Chrome Rumoured to be on the Way

Google Chrome Arrives in the App Store Today for iOS

Chrome for iOS Gets Updated With Facebook,Twitter and Email Sharing Features