Apple's Big Event is Tomorrow: Here's When, How and What We Expect

If you are an Apple fan, the only way you don't already know about tomorrow's big press event is if you somehow were away on vacation to the Andromeda Galaxy. Of course, we all know that the iPhone 6S and 6 S Plus will be revealed, but that can't possibly be all Apple is planning.

The word on the street is that Apple is unveiling the brand new Apple TV, which will retail for $149.99. Apple has supposedly revamped the product and added a host of new features and functions, so we are excited to see what they have done.

Finally, we should also see a new iPad, iPad Mini, and of course, new software, including iOS 9 and more. It's entirely possible we will see even more than that, including the long-rumored iPad Pro.

The event will kick off at 12PM CT, and you can watch the live stream at this link: Watch the Apple Special Event.

You will need the following to be able to watch the show:
Of course, if your schedule doesn't permit you to watch the event live, we will be sharing a liveblog on the fly during the event. Be sure to drop by to get all the juicy details, and please comment in the forum to let us know what you think of Apple's latest and greatest gear!

Can't wait, Come 6pm UK time I will be on my couch with my Macbook.

I'll return home from the gym just in time to camp out on my sofa with my iPhone! I'm excited to see what iOS 9 will bring

Can't wait for tomorrow's event to get here 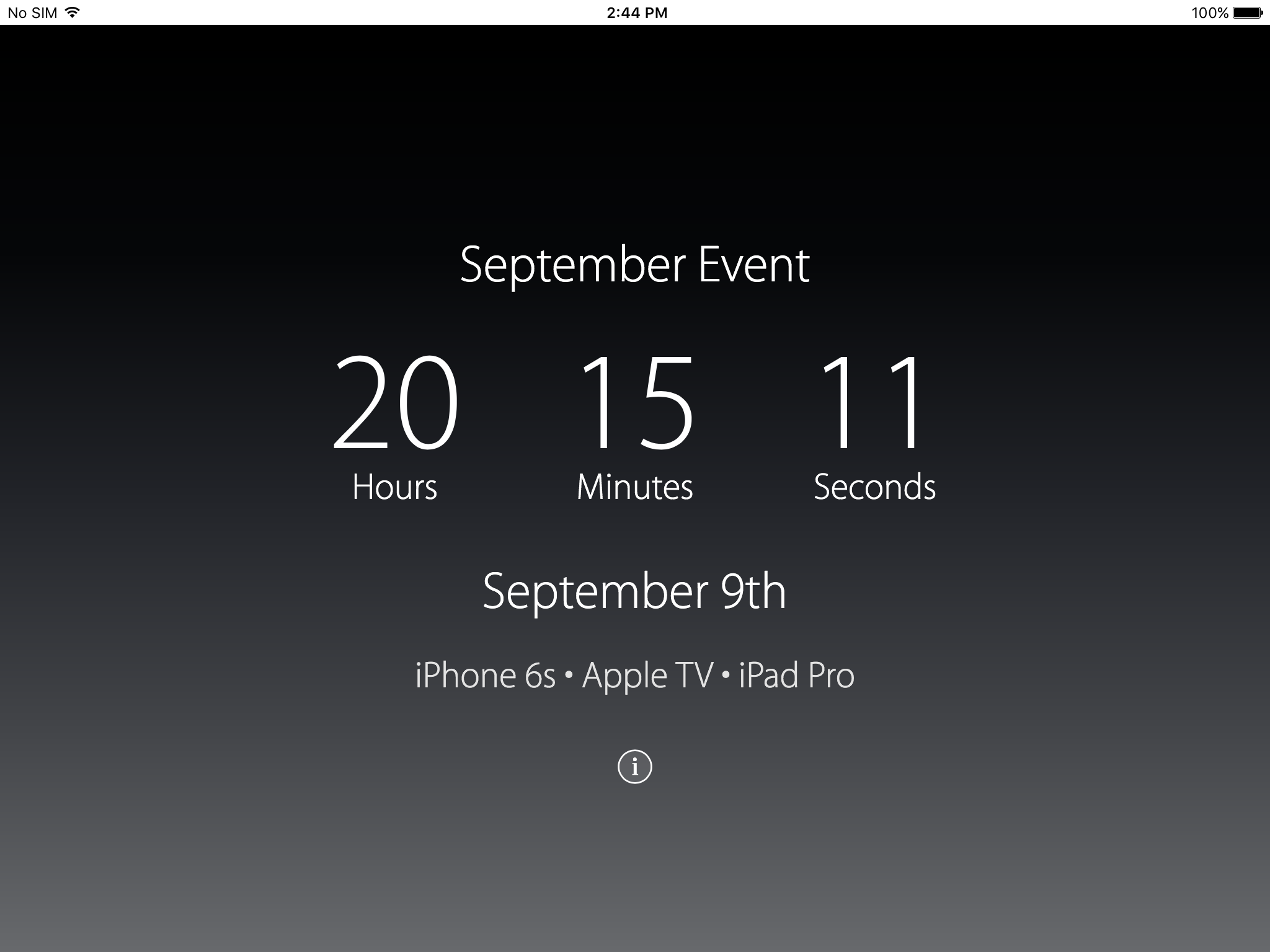 I'd like to see the Apple TV... Been wanting them to update the old one for a bit..

Will we be able to install iOS 9 after the event?

I suppose that will be possible in a week.

ardchoille said:
Will we be able to install iOS 9 after the event?
Click to expand...

You'll probably be able to update to iOS 9 a couple of days before the shipping date for the new iPhones.

scifan57 said:
You'll probably be able to update to iOS 9 a couple of days before the shipping date for the new iPhones.
Click to expand...

Almost there, Roll on 6pm.
J

Last year iOS 8 was available the same day or the next day after the event. 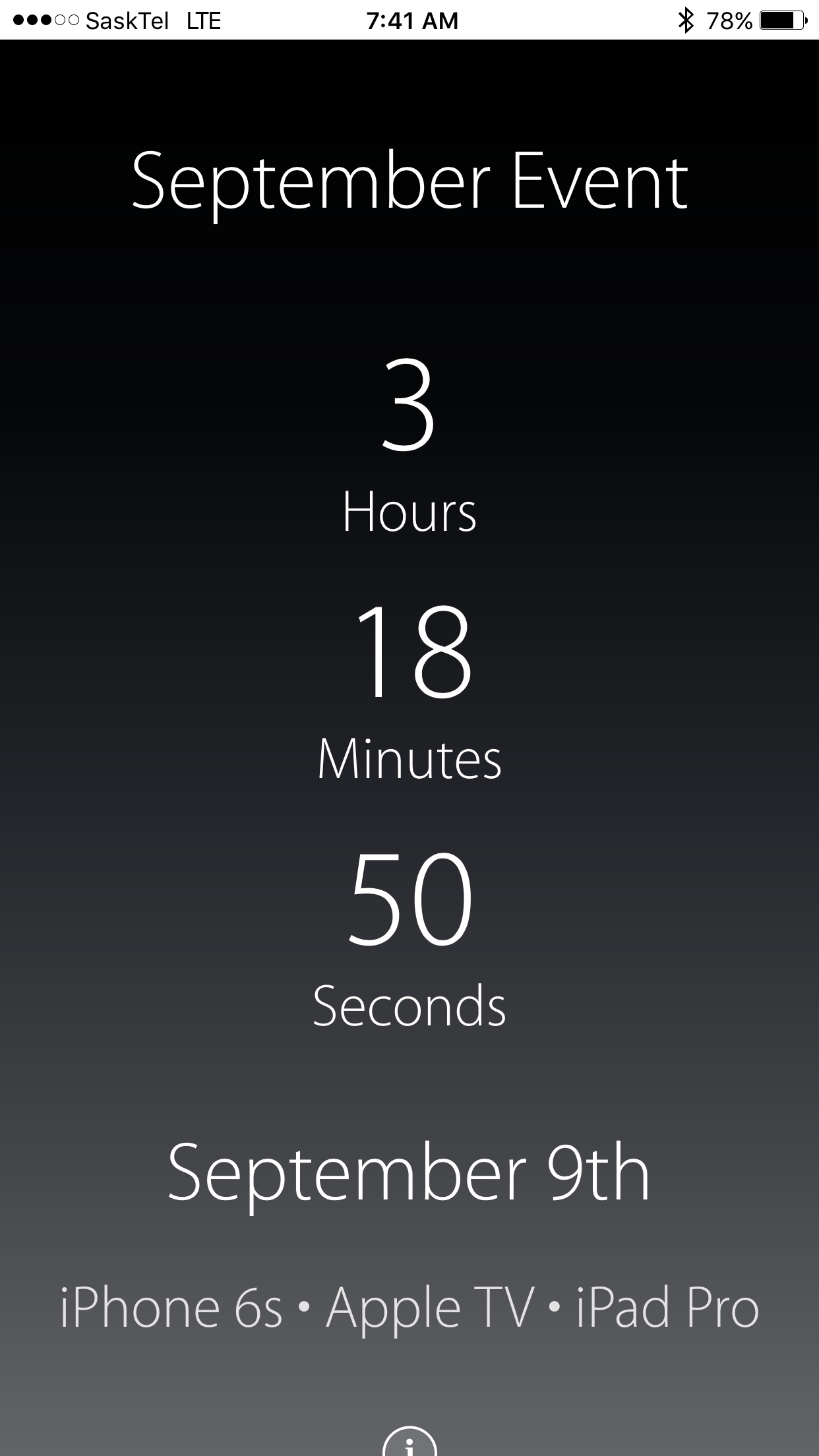 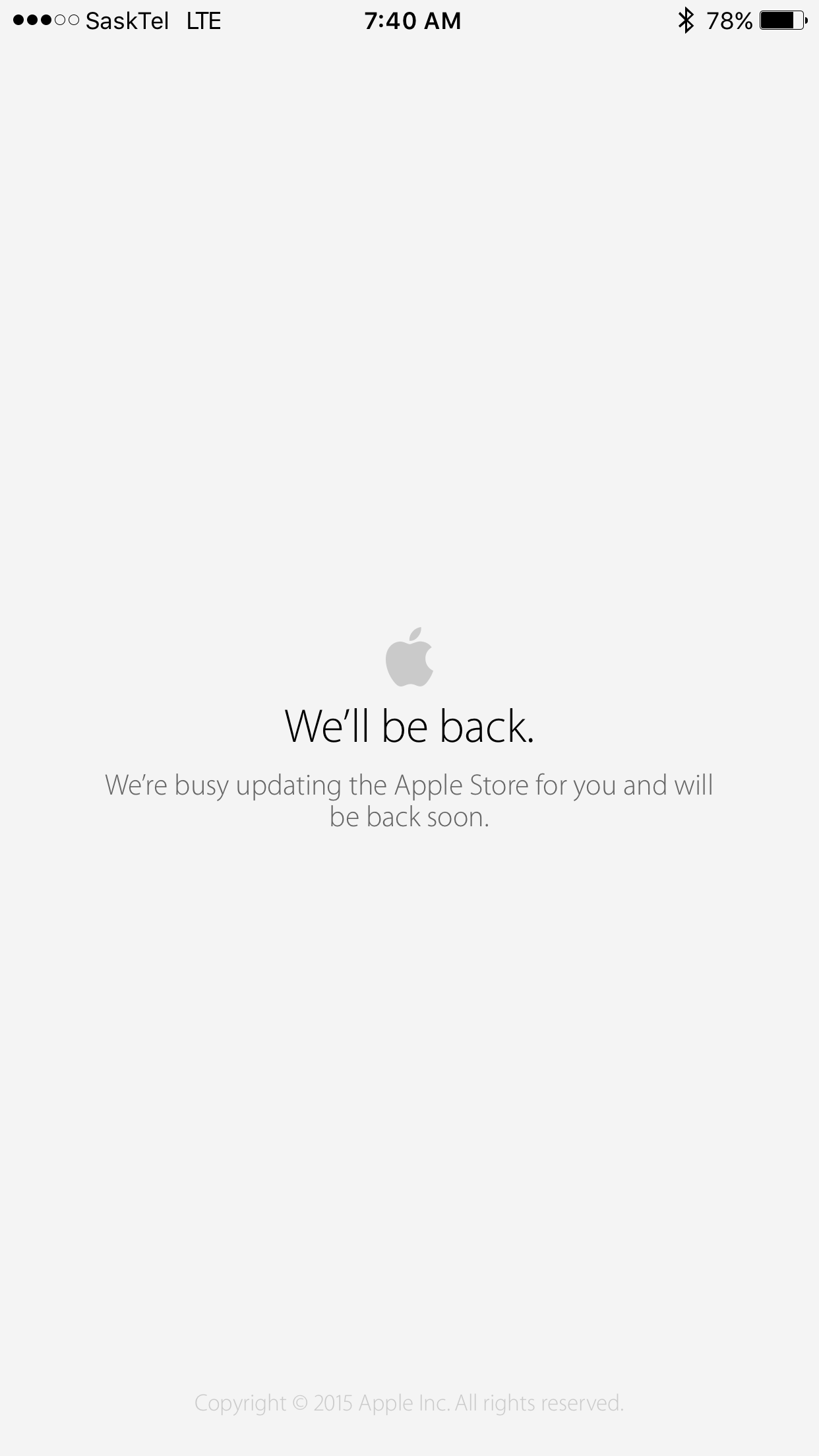 joshua luther2 said:
Last year iOS 8 was available the same day or the next day after the event.
Click to expand...

The iOS 9 Gold Master hasn't been released yet. I think it'll be at least another week before the public release of iOS 9.

The September event last year, when the new iPhones were announced, was September 9th; iOS 8 was released on September 17th.
Last edited: Sep 9, 2015
You must log in or register to reply here.

Apple to Stream Press Event Live Through the Apple TV