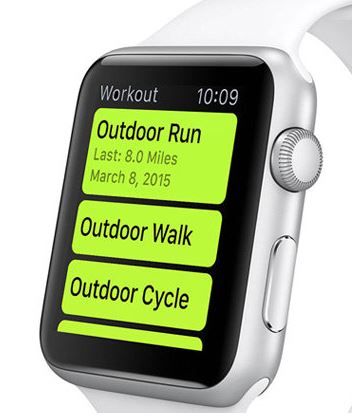 AppleInsider reports that some complaints have emerged on Twitter about the Apple Watch’s patchy power consumption when the watch is being used to track workouts, especially for outdoor activities such as cycling, possibly due to the use of the paired iPhone’s GPS.

Officially, Apple says that the Apple Watch battery should be able last for up to 6.5 hours during a non-stop workout. In many cases, this is true; however, AppleInsider has seen reports from some users who say that the actual time has been much less.

The heart rate sensor is apparently a big drain on battery power, but Apple does offer a Power Saving Mode in the Workout section that could solve the problem.

Source: Apple Watch workout battery life falling short in some cases owners complain
You must log in or register to reply here.