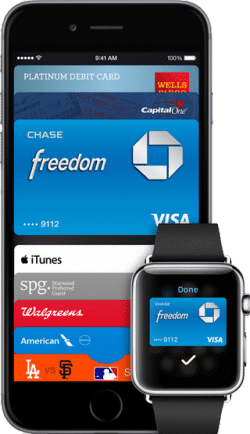 Apple Pay is already present in Australia and Canada and it's soon coming to Hong Kong, Singapore and Spain this year, and the service will launch in China in early 2016 in partnership with UnionPay.