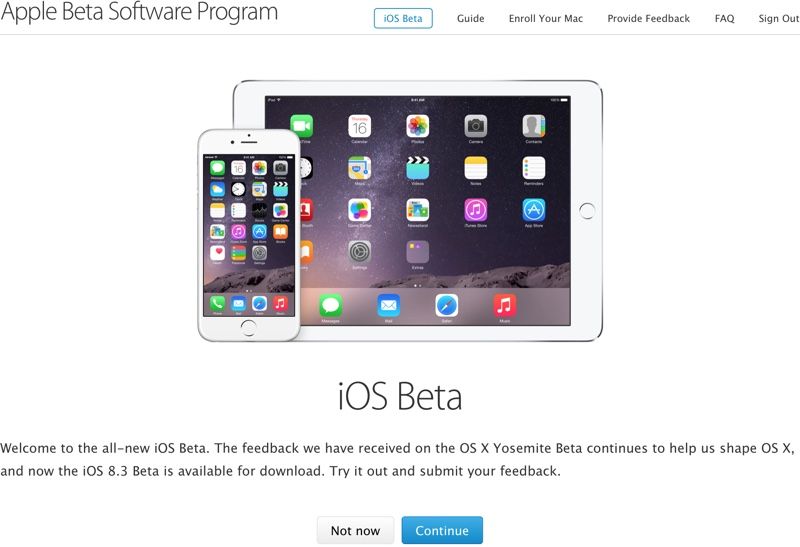 Since the birth of iOS, Apple has kept its beta firmwares exclusives to folks with developer accounts. On Thursday, Apple began to seed iOS 8.3 beta 3, not only to developers, but to the public as well.

Some time ago, 9to5Mac reported that Apple was looking into opening up the iOS beta program to the public. Doing so would allow for more feedback coming from users, regarding bugs and other problems within the firmware.

The public version of the iOS 8.3 beta 3 firmware can be downloaded from the Apple Seed website. After signing in with an Apple ID, users hoping to test out iOS 8.3 before its public release are required to download a configuration profile. This profile will allow users to successfully download iOS 8.3 and future updates.

iOS 8.3 ships with the new Apple Watch application, which cannot be deleted or removed from a device (just like any native app). The new firmware also brings a filter for messages, allowing users to 'Report Junk' when receiving a text message from someone not listed in Contacts. We expect the full release of the firmware to be available for download some time next month.

So apparently you need to also have downloaded the OS X Yosemite 10.10.3 public beta to be directed to the link to download iOS 8.3 beta.
You must log in or register to reply here.