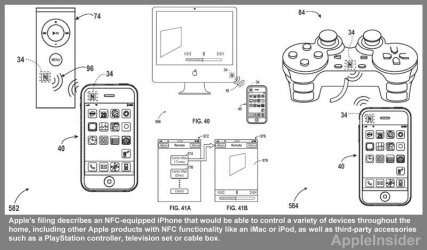 ​
Apple has been known as a company whose key interest is to bring innovation to its products as often as possible. This is probably why, according to a new report, the tech giant has filed a total of 1,135 patents in 2012 &#8211; a quite impressive amount. And compared 2011, the growth is quite visible. By filling all those patents, Apple ranked on the 21st position in the international companies patent top, while last year it only held the 39th position. According to The New York Times, the numbers represent a 68% surge from the precedent year.

IFI Claims, who posted the data, also provided information about Apple&#8217;s most important competitors. Apparently, Google filed just about the same amount of patents in 2012, 1,151, to be exact. Samsung, on the other hand, grabbed the second position of the top with a whopping 5,081 patents filed in one year.

Other important companies that are present in the patent top - Foxconn which filled 2,013 patents, so it snatched the 8th place. Other notable presences were Microsoft (with 2,613 at number 6) and Sony (3,032 patents at number 4).

If you are curious who got the first spot, well, the most eager company to file for patents turned out to be IBM with a massive 6,478 patents registered in 2012. Broadcom, Intel and Helwett-Packard also made it in front of Apple this year, but with a growth like that, Cupertino might advance in position in the upcoming years with ease.

Source: AppleInsider
Last edited by a moderator: Jan 11, 2013
You must log in or register to reply here.

iPhone 5 and iPad 3 could possibly benefit from macroscalar technology